Opioids Are Now Behind 20% of Deaths Among Young Americans 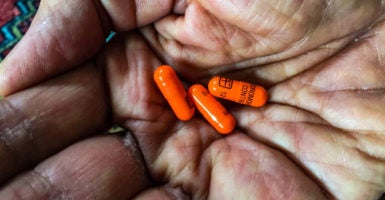 A new research study suggests opioid abuse in the U.S. is now responsible for 20 percent of deaths among young adults.

The study, published Friday in the journal JAMA Network Open, reveals that young Americans are dying at a far greater pace than any other group. While 1 in every 65 adults in the U.S. suffered opioid-linked deaths in 2016, a 292 percent increase since 2001, opioids killed 1 in 5 young adults between the ages of 24 and 35, reported Time.

The researchers, from St. Michael’s Hospital in Toronto, found that in 2001 opioids accounted for only 4 percent of deaths among young Americans. Due to the continued deterioration of the addiction crisis nationwide, the researchers concluded the U.S. lost a total of 1,681,359 years of life in 2016.

“Despite the amount of attention that has been placed on this public health issue, we are increasingly seeing the devastating impact that early loss of life from opioids is having across the United States,” Dr. Tara Gomes, a scientist at St. Michael’s and lead author of the study, said in a statement Friday. “In the absence of a multidisciplinary approach to this issue that combines access to treatment, harm reduction and education, this crisis will impact the U.S. for generations.”

Drug overdoses are the leading cause of accidental death for Americans under age 50, killing more than 64,000 people in 2016, according to the Centers for Disease Control and Prevention.

Opioid overdoses made up a staggering 66 percent of all drug overdose deaths in 2016, surpassing the annual number of lives lost to breast cancer. The epidemic is also contributing to declining life expectancy in the U.S., officials said. Life expectancy dropped for the second consecutive year in 2016 for the first time since an outbreak of influenza in 1962 and 1963.

Officials from the National Institute on Drug Abuse predict the addiction epidemic in America will continue to deteriorate, pushing drug deaths to an estimated 71,600 in 2017.

If the estimates prove accurate, 2017 will be the second year in a row drug deaths surpass U.S. casualties from the Vietnam War.