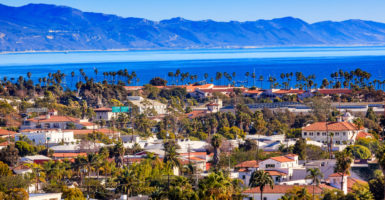 “California has 1.5 trillion in debt and on the top of it, that we have $258 billion unfunded pension liability. We’re talking about only two big unions we’re talking about, like public employees union and teachers union. Only that, $258 billion. How are you going to add more money for health care coverage for illegals?” Steel said. “I mean, this is almost like obnoxious.”

Steel said the state government is pushing its agenda too far and thinks its financial estimates are unreliable.

“In 2015 they passed under 18, illegal immigrants that they can get the coverage. They say it was only going to cost only $182 million. It ended up costing $280 million. Almost double that,” Steel added. “So when they say it it’s $3 billion you don’t know how much it’s going to cost. We’re talking about 1.2 million people. You know what? They are really pushing it way too far.”

Steel said if California keeps providing financial benefits to illegal immigrants, the state will attract millions more, who will overwhelm the system and send the state spiraling into bankruptcy.

“You know you are getting welfare benefits. You have free health care coverage. And then you can hide, because the government itself is protecting these people even if they commit crime,” she concluded. “It’s going to be a utopia for illegal immigrants. They’re all going to come in from outside of the world, not just inside of United States, but how about the other side of the world? They all want to come in. Everything is free here.”