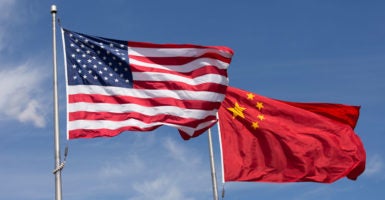 U.S. and Chinese officials have reached a preliminary agreement on terms for a trade deal. (Photo: cbarnesphotography/Getty Images)

Over the weekend, Treasury Secretary Steven Mnuchin, who led U.S.-China trade negotiations, announced a trade war between the two countries was “on hold.”

This progress will surely bring a sigh of relief for American farmers—and short-term stability to international markets as tensions rightly de-escalate.

The two sides have been negotiating over bilateral trade concerns for some time now. The most significant progress was made after two days of talks in Washington last week.

While Commerce Secretary Wilbur Ross will be traveling to China soon to flesh out the details of their agreement, for now the two sides have committed to:

The devil will be in the details, however. One issue the U.S. and China often have disagreed about is the time frame in which these agreements will go into force. But it’s good to know $200 billion worth of bilateral trade is no longer at risk of coming under a 25 percent tax increase.

All of this comes on the heels of President Donald Trump’s economic team visiting Beijing earlier this month. From what’s been released publicly, very little came of these negotiations.

We did learn, however, the most important part of any negotiation—namely, what each side wants from the other.

The U.S. side made clear it would like Beijing to:

Beijing wants the U.S. to:

It was unrealistic from the beginning to ask China to buy $100 billion more in American goods. The Chinese side took a hard stance against making outright purchases of any amount and pushed back against abandoning its industrial policy of Made in China 2025.

It was likewise unrealistic that the U.S. would open up purchases of U.S. sensitive technology to China—which is governed by American export control regulations—or give Chinese companies equal weight in government procurements. (China is not even a party to the World Trade Organization’s Government Procurement Agreement.)

The White House has been active in saying that the re-evaluation was separate from the ongoing economic negotiations and that ZTE will not be getting off “scot-free,” but U.S. intentions often differ from Chinese perceptions.

The administration is now considering changing the seven-year sanction to another round of fines and management changes.

Prior to the most recent negotiations, Chinese President Xi Jinping announced China would be making significant openings of its auto and financial sectors for foreign investment, as well as reducing tariffs on auto imports.

China has been making progress in reducing its barriers to trade and investment, but not specifically because of U.S. demands. Beijing’s announcement of its intention to reduce its tariffs on some auto parts from 25 percent to 15 percent will benefit all exporters to China, not just the U.S.

That said, negotiations over economic relations between the U.S. and China are far from over.

Tensions will likely heat up again at some point, especially as Washington goes into campaign mode, but the current solutions on the table are better than a trade war. Recognizing that is important progress for the administration.