A Year Later, Still No Justice for Chinese Voice of America Journalists 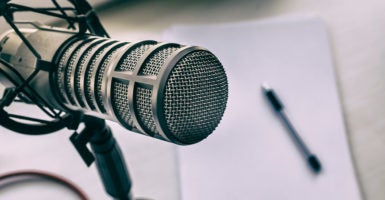 Senior managers at Voice of America pulled the plug on a whistle-blowing interview, appearing to bow in deference to the Chinese government. (Photo: avdyachenko/Getty Images)

World Press Freedom Day was duly celebrated at the Broadcasting Board of Governors late last month. Yet, at Voice of America, a major part of the board, the fate of three Chinese journalists remains in limbo, more than a year after they were placed on administrative leave by Voice of America management for not following orders.

Their cases need to be resolved soon, but resolved in a way that does justice to the reporters.

The offense for which the Mandarin Service reporters are being punished—insubordination, in defense of a whistle-blowing program about the Chinese government—is of the kind that most journalists worth their salt would be proud of.

By contrast, the actions of management at Voice of America and the Broadcasting Board of Governors show deference to pressure from the autocratic government in Beijing, which was desperate to get the Voice of America broadcast stopped.

The case dates back to April 19, 2017, when Voice of America’s Mandarin Service was planning to air a major scoop. That was a three-hour, live-on-air interview with Chinese real estate magnate and regime critic Guo Wengui.

When the interview was advertised, the Chinese government and its embassy in Washington started agitating to block it, including threatening to revoke visas for two Voice of America reporters working in Beijing.

Though the interview had been approved by Voice of America management, the leadership reversed itself under pressure. As the broadcast went forward, Voice of America Director Amanda Bennett, who was traveling in Africa at the time, contacted the Mandarin Service, ordering it to cease the broadcast.

The reporters and producers refused to comply and kept it going as long as they could. Eventually, management pulled the plug—in mid-broadcast.

Bennett and Broadcasting Board of Governors Chief Executive Officer John Lansing have rejected the charge that they bowed to pressure from the Chinese government.

Instead, they chose to punish the producers and reporters severely for their insubordination. Five Mandarin Service reporters were placed on leave. Only one has been reinstated in his former position at this time.

Equally troubling is that the Broadcasting Board of Governors turned the case over to outside investigators to analyze. No fewer than four investigations were undertaken by management to demonstrate insubordination, including one commenced by James McGregor, chairman of APCO China.

APCO is a top Washington lobbying firm with extensive business connections in China. According to senior producer Sasha Gong, writing in The Washington Times, the Broadcasting Board of Governors and Voice of America provided McGregor and his team with personal information on the Mandarin staff, including personal phone numbers, addresses, and email accounts.

Were this information to fall into the hands of Chinese officials, it would almost certainly result in reprisals against their family members still living in China.

In August 2017, a group of senators and congressmen, including Sen. Marco Rubio, R-Fla., wrote to the Broadcasting Board of Governors, demanding an explanation.

Still, these events cry out for hearings and oversight by Congress. They also underscore the urgency of moving forward with reform of the Broadcasting Board of Governors and its leadership, something that should have happened months ago after the inception of the Trump administration.

Fairness is owed to the dedicated Mandarin journalists, and a change of course from Obama-era leadership is way overdue.