In Order to Lower Drug Prices, 3 Areas the Government Should Address 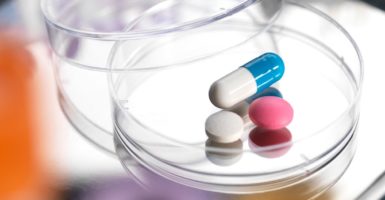 President Donald Trump is set to deliver his first major policy speech about drug costs this week. The president’s budget outlined several targeted initiatives in this area, and recent comments by the Health and Human Services Secretary Alex Azar indicate that the administration is developing a larger, more comprehensive plan to address the drug pricing issue.

Here are some meaningful drug pricing strategies that should be addressed.

As consumers and payers become more attune to the cost of prescription drugs, they are demanding greater transparency. In the private sector, there are recent consumer-centered transparency efforts, such as comparison-shopping sites and pharmacy benefit management companies extending their discount programs to those without drug insurance.

Yet, in the administration of government programs, transparency lags. Two such examples are the 340B program and the Medicare Part D program.

340B Program. The 340 B program requires prescription drug manufacturers to provide certain drugs at a reduced price to eligible health care providers as a condition for participation in the Medicaid program.

Medicare Part D Program. There should also be greater transparency about the rebates and discounts that Medicare Part D prescription drug plans receive from drugmakers.

The plans are supposed to pass most of those savings onto the beneficiaries (who pay 25 percent of the premiums) and the taxpayers (who pay 75 percent of the premiums). However, the way the Part D program currently accounts for those rebates and discounts can result in plans passing on fewer savings, or having weak incentives to get the best deals for beneficiaries and taxpayers.

Administrative and legislation action should focus on ensuring seniors share in these savings more directly either at the point of sale or perhaps with a premium rebate at the end of the year.

Patient safety and protection of intellectual property are important in the prescription drug arena. But overregulation can also drive up costs by hindering the entry of generics and therapeutically similar drugs onto the market.

Approval of generics. To lower drug costs, a greater number of generic drugs should be approved and the process for approval should be faster. The economics of competition dictate that if one generic enters the market, that competition will marginally lower costs. But to dramatically lower the cost, two or more competitor products are needed.

Under this administration, the Food and Drug Administration made clearing the backlog of generics awaiting approval a higher priority. Last year, the FDA approved a record number of generic drugs. This is a good start and should be further accelerated.

Critics of the pharmaceutical industry sometimes refer to those as “me too” drugs, and argue that drug company research efforts and the FDA approval process should instead prioritize bringing so-called “breakthrough” therapies to market.

Yet, scientific advances are more often the result of small, incremental steps than large, single leaps and the presence of similar products on the market can create competition, which in turn lowers costs. For example, the “statin” class of drugs (which lower cholesterol) are therapeutically similar to one another, and have competed against each other on both prices as well as benefits.

Thus, one way to help keep drug prices in check is to ensure that the FDA approval process is not biased against either approving new “me too” drugs or new breakthrough drugs.

More therapies are emerging that cure disease, rather than simply treating its symptoms. As new therapies enter the market, health plans and government programs need to modernize their insurance designs to adapt to the new reality.

Update the Medicare structure. Medicare’s structure is based on a very old model of health insurance that was common at the time of the program’s creation. Each Medicare “part” (with the exception of Medicare Advantage plans under part “C”) covers a different aspect of medicine. Part “A” covers services provided through a hospital, part “B” covers services generally provided in a physician’s office, and part “D” covers prescription drugs provided through a pharmacy.

But modern science no longer operates within these categories—and neither do most private insurance policies. For instance, while most cancer therapies are administered to patients in hospitals or clinics, some come in pill form, and still others are intravenous or injectable treatments that can be administered at home by a nurse or even self-administered by the patient.

Thus, it no longer makes sense to have different payment and patient cost-sharing rules based on the formulation of the drug or where it is administered. To modernize the Medicare benefit package, policymakers should integrate Medicare’s different parts into a single benefit plan with a more uniform cost-sharing structure.

Promote an updated approach to private insurance prescription coverage. Private insurance too could be updated to reflect current medical practices. While private plans are now less likely to have separate deductibles for drugs and medical services, many plans still charge patients higher copays for “specialty” pharmaceuticals.

However, the classification of some drugs as “specialty” pharmaceuticals is nebulous and often appears to be mainly a reflection of cost. Yet a drug with a high cost may very well be appropriate if it also provides a high level of benefit.

This is another example of how health insurance coverage of drugs can be out of step with coverage of other medical care. For instance, health plans don’t classify some operations as “specialty operations,” with patient copays that are different from other operations. Insurance companies should work to modernize their plans in light of this reality.

Americans are worried about rising health care costs, including the cost of their prescription drugs. But the public should beware of policy solutions that come at the expense of access and innovation.

Government price controls and other price interventions distort the market. They also threaten patient access because the only way the government can enforce price controls is by denying patients access to a drug if the manufacturer won’t sell it at a low enough price. Such policies inhibit choice and access and in the long run do more harm than good.