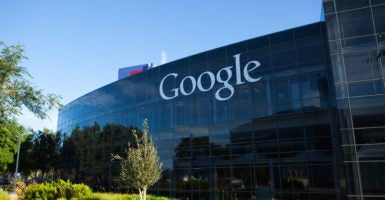 In an effort to confront what it considers to be unfair bail policies, Google has enabled voices that lambaste the entire criminal justice system. (Photo: serg3d/Getty Images)

This week, Google hosted an event at its Washington headquarters to announce a new corporate policy: Bail bond services will no longer be allowed to post ads on the company’s ubiquitous search platform.

Starting in July, Google will begin to phase out ads for bail bond services. Google’s head of global product policy, David Graff, expressed his hope that they would disappear entirely within a few months, stressing that Google had no interest in earning revenue through the sale of ads it deemed predatory.

As a private company, such value judgments are entirely within Google’s purview, and the company has taken such actions before. It has previously barred advertisements for pay day loan companies and other controversial financial services, including some cryptocurrencies, on the basis that they are structurally unfair, misleading, or predatory.

Graff explained that, after barring pay day loan ads, Google received support from other companies who considered following suit. Already in this case, Facebook has announced that it, too, will ban bondsmen’s ads.

Removing advertisements was just one of several possible creative policy options. For example, Google might have simply made an official policy of monitoring bondsmen’s ads for particularly misleading or unfair practices while redirecting ad revenue from those ads to a bail fund, such as the regional Bronx Freedom Fund or women-focused Essie Justice Group.

Google is not wrong, however, to point out that private bail bondsmen have a colorful past, to say the least. The progenitors of modern commercial bondsmen, San Francisco’s McDonough brothers, earned a degree of infamy for their ties to organized crime and corruption.

In the decades since, many have criticized the industry for seedy practices and for being ineffective at their primary role in the criminal justice system: ensuring the appearance of defendants at trial.

Others have criticized the entire system of money bail itself, arguing that currency is a poor proxy for assessing the dangerousness or flight risk of an accused person awaiting trial, and that relying on money to determine who is released and who is held in pretrial detention leads to an unfortunate condition in which many are held pre-trial merely because they cannot afford to pay bail.

These policy objections have prompted a number of jurisdictions in the United States to enact bail reform, including adopting “risk-assessment tools” and abandoning traditional money bail. Growing evidence suggests that risk-assessment tools, which are data-driven predictive algorithms, can help judges to better ascertain the risk a particular defendant poses, including the odds that he will flee or commit a new crime while out on release.

This could lead to the release of individuals who would otherwise be subjected to pretrial detention, not only permitting them to avoid many of the deleterious impacts of extended jail stays—the loss of jobs, housing, and separation from families, for example—but saving taxpayers substantial sums of money that would otherwise be spent to hold these individuals.

In that sense, it might make sense for one of the world’s leading technology companies to get involved with a bail reform movement that has increasingly looked for technological and data-driven alternatives to cash bail.

Unfortunately, after the ad ban was announced, this week’s Google event took on the feel of one serving a markedly different purpose—namely, lambasting the criminal justice system.

A number of activists, attorneys, and organizations took the stage, including Vanita Gupta, former head of the Justice Department’s Civil Rights Division in the Obama administration, and current president of the liberal Leadership Conference on Civil and Human Rights. Gupta derided money bail as predatory, especially toward minorities and the poor.

Other panelists focused on compelling stories of unfair bail practices that can and perhaps should be altered through legislation.

Yet another panel, in which the justice system was described as one of “mass caging,” highlighted constitutional challenges against cash bail, despite the fact that centuries of case law and the text of the Eighth Amendment to the Constitution allow for money bail, so long as it is not “excessive.”

The lone right-of-center speaker, Mark Holden of Koch Industries, had strong words about the criminal justice system, as well. But he was also notably the only one to devote any length of time to a discussion about the traditional role of bail and the need to ensure that any replacements to it be effective at balancing the state’s interest in public safety with the individual’s interest in freedom while awaiting trial.

Those interests are important and should not be left out of the ongoing conversation about bail reform.

Google deserves credit for highlighting the heavy human and fiscal costs of draconian money bail policies. But it is a mistake to indict the entire “criminal justice system.” The conversation should focus on discrete bail policies that might be changed through legislation, and which would improve the system for all.