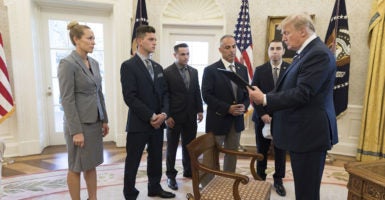 Julie Pollack, who lost her 18-year-old stepdaughter Meadow in the school shooting in Parkland, Florida, is taking steps she hopes will prevent other students from dying in similar mass murders.

Meadow Pollack, a senior, died during the Feb. 14 shooting at Marjory Stoneman Douglas High School in which a 19-year-old former student with a rifle killed 17 and wounded 17 more.

Her stepmother spoke exclusively to The Daily Signal about the family’s experience since the massacre, their efforts to improve school safety, and the legacy Meadow left behind.

“We wanted to be an advocate for parents for what to ask for from their schools for school safety,” Julie Pollack told The Daily Signal in a phone interview.

Her husband, Andrew Pollack, filed a wrongful death lawsuit May 1 against Scot Peterson, the school resource officer from the Broward County Sheriff’s Office who failed to enter the high school for over 20 minutes during the shooting.

“I want to expose the incompetence of that day, what this deputy did,” Andrew Pollack, who frequently appears on Fox News Channel and other outlets advocating increased school safety, said in an interview with Fox’s Neil Cavuto.

The lawsuit isn’t about money, Julie Pollack told The Daily Signal, but about bringing attention to cowardice.

“He gave law enforcement officers a bad name because that’s not their protocol,” she said of Peterson. 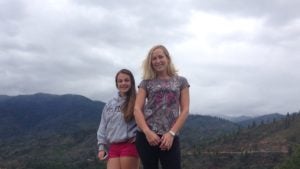 In the midst of personal pain, the Pollacks founded a grassroots organization called Americans for CLASS (Children’s Lives and School Safety) to help other communities prevent a similar crime.

Children’s Lives and School Safety (CLASS) is devoted to helping parents advocate for the security of children and school personnel in schools. We believe children deserve to be in a protected environment during their school day so they can focus on learning. The safety of our children is a common goal for all Americans, regardless of their individual background or political affiliation. Our party is the human party.

“Parents are just seeing that their children are very exposed in most schools,” Julie Pollack told The Daily Signal.

“It can be somewhere nice, like this school is, in Parkland. It used to be nice before this happened,” she said.

At the heart of the Americans for CLASS website is an eight-point plan dedicated to school safety that doesn’t press for new gun controls. The plan provides a general framework for individual schools to get started.

The key is to bring in a professional to do a threat assessment, Pollack said, adding:

After talking to so many different people on the national level, and the state level, everything moves very slow. We’ve gotten to the realization that you almost have to start in your individual school or school district.

Although policy changes on the federal level can move slowly, Pollack said, President Donald Trump and his team left an impact on the family during their visits to the White House following the shooting.

“It was an interesting experience and it’s a little bit strange, because you’re there for a reason,” she said. “It wasn’t like a sightseeing tour. He himself and all of his staff were very welcoming to us. Afterward, he sent a nice letter to us. I feel like it’s an issue that he himself cares about.”

On March 29, the Pollack family held the first “Ride for Meadow,” in which nearly 650 motorcyclists traveled over 40 miles in South Florida in memory of the slain young woman.

The goal is to raise funds for a playground memorial in honor of Meadow and the 13 other Stoneman Douglas High students plus three adults  who lost their lives.

“It will be something nice to remember everybody instead of just having the cemetery to visit,” Julie Pollack said.

Meadow would have loved it, her stepmother said.

“She was very strong-willed, but she also was very girly. … People always called her princess, because she was the youngest [in the family].”

The next motorcycle ride will take place over Memorial Day weekend.

For students concerned about school safety, Julie Pollack has a message:

If they see that there’s adults or there’s other teenagers that can just walk in unannounced in their school, they need to bring it up, or whatever they see that maybe an adult may not notice.