California’s Next Step in the Sexual Revolution: Silencing Certain Beliefs 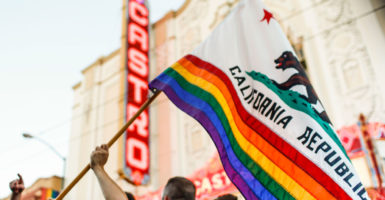 A bill being considered by California lawmakers now would mean, if passed, a religious ministry could not hold a paid conference on maintaining sexual purity if the conference encourages attendees to avoid homosexual behavior. (Photo: Peter Thoshinsky/ZUMA Press/Newscom) 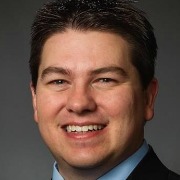 The same voices who claimed that the sexual revolution was about expanding personal choice are now seeking to strip away the freedom of people to pursue their self-chosen counseling goals. Instead, they want to force people into narrow boxes, whether they want to live in those boxes or not.

At least that’s the direction things are headed in California, where the state Legislature is rushing through an anti-personal freedom bill, AB 2943.

AB 2943 essentially says that if you begin to experience questions about your gender identity or sexual orientation, you cannot seek help in overcoming those feelings. The only path a person can pursue is to fully embrace and act on those feelings.

Specifically, the bill would outlaw anyone in the state from selling any goods or services to adults to help them address unwanted same-sex attractions or questions over gender identity. It would make it illegal under the state’s consumer protection law to offer “any practices that seek to … change behaviors or gender expressions, or to eliminate or reduce sexual romantic attractions or feelings toward individuals of the same sex.”

In fact, the bill is so broad that even if someone simply wished to refrain from acting on their same-sex attraction or conflicted feelings about their gender identity, this law would make any kind of resources for such individuals effectively illegal.

As a result, a paid counselor would be banned from helping a married mother of three who is experiencing unwanted attraction to a close female friend; a religious ministry could not hold a paid conference on maintaining sexual purity if the conference encourages attendees to avoid homosexual behavior; and a bookstore could not advertise or sell books helping people who want to live consistently with their biological sex.

What right does California have to tell its residents that they cannot follow their conscience  and pursue their own behavioral or emotional goals?

While state legislators may want to pretend these people don’t exist, they do. Many people do in fact want to live a traditional lifestyle or want to prioritize their faith over their feelings. They may experience same-sex feelings, but their devotion to their faith instructs them that they should not be a slave to those feelings. Or maybe they have conflicting questions about their gender identity, but they believe it would be best to embrace their biological sex.

Why should individuals like these—two of whom bravely shared their stories of personal transformation with the California Legislature—be denied the freedom to pursue counseling and other resources as they seek the change they desire? For them, true happiness is found in embracing their faith’s teachings on sexuality and gender.

Yet AB 2943 would not only strip away their freedom to pursue that happiness, but it would impose costly liability on anyone—licensed and unlicensed counselors, religious ministries, authors, and booksellers—who extends a compassionate hand to those seeking change.

AB 2943 would be a plaintiff-driven law, meaning that any consumer who is offended by a practice or teaching offered by one of these groups could file a crippling lawsuit against them, arguing that their efforts to help a person work toward a client-chosen goal are deceptive and fraudulent under the state consumer protection law.

These individuals and institutions would be subject to the whims of how broadly an activist judge might interpret the law. And even if they prevailed against such frivolous claims on First Amendment grounds (as they should), a few such lawsuits are likely to have a chilling effect on their activities.

At the heart of many faiths is the idea of transformation—that circumstances, attitudes, and even behaviors can change. They teach that true fulfillment comes from denying our own wishes to seek the will of the divine. The Declaration of Independence guarantees individuals the right to pursue such happiness.

This California law would directly interfere with this right. That’s about as anti-freedom as it gets.