Why Netflix Must Ensure ‘13 Reasons Why’ Is Safe for Kids 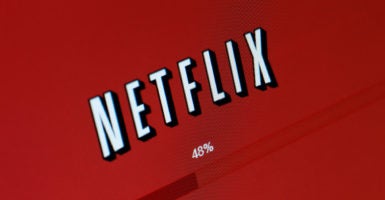 The Netflix series "13 Reasons Why" depicts teen suicide and is marketed to children. (Photo: sd619/Getty Images) 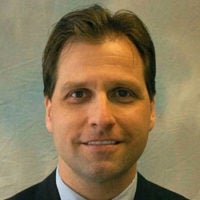 Millions of children and teens recently watched another teen commit the most graphically explicit suicide ever depicted on TV—without any warnings to parents that such content existed.

A basic Netflix subscription allows children and teens access to watch “13 Reasons Why,” a story about the 13 reasons why a high school girl committed suicide.

We know the impact of this series’ first season was powerful and intense: millions of children watched, the Google search term for how to commit suicide spiked 26 percent, and there were news reports of children taking their own lives after the series was released a year ago.

We may never know the full extent of how grave the influence was.

As though that weren’t troubling enough, Netflix knows full well that this content is being consumed primarily by children—even ignoring a warning from an anti-suicide counselor not to air the series.

When the show was first released, no effort was made to provide a positive resource for those struggling with depression. The worst human behavior—intense bullying and violent sexual assault—was depicted in graphic form, and the lead character chose to take her life as a result.

There was no effort made to offer a semblance of hope or redemption. There was no public service angle that provided guidance for viewers considering suicide as an answer. There was no phone number to a hotline where people could find help.

Make no mistake: Children are the target audience for this series. When a film or TV series centers entirely on high school-aged young people for its storytelling, it is high school and junior high school-aged youths who watch and who feel most emotionally connected to the characters.

Grown-ups don’t put themselves into the position of high schoolers, but other children do.

Even research commissioned by Netflix and conducted by Northwestern University about the societal impact of “13 Reasons Why” demonstrated how much stronger the emotional connection to the characters was for young people ages 13 to 18 than for young adults or adults.

Sadly, it is those innocent young people, not adults, who don’t yet have the life experiences and perspectives to adequately process a romanticized suicide drama.

By adding some additional viewer precautions for the upcoming release of Season 2 (the date for which has not yet been announced), Netflix has demonstrated that it now has full knowledge of the program’s potential effect—especially on young viewers—and it cannot now feign ignorance should tragedy strike.

And unlike traditional television programming, Netflix is readily consumed by children and teens via their computers, cellphones, and other mobile devices.

Last August, a Parents Television Council study of streaming services found that children have easy access to adult content, in part because the parental controls are lax or nonexistent.

We published a number of recommendations to improve streaming services’ effectiveness in protecting innocent eyes from explicit material. Happily, some of our recommendations have been adopted by Netflix, but the company needs to do more.

We are calling on Netflix to take the following five steps:

Parents may think that Netflix is “safer” for their families than other forms of entertainment, but the reality is that it isn’t. Parents need to be aware of  “13 Reasons Why” and this insidious digital media culture that is engulfing our children and teens.