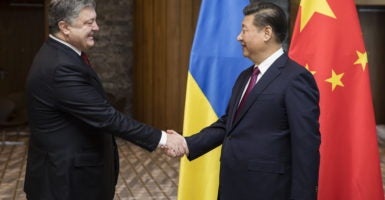 KYIV, Ukraine—Amid the specter of a looming trade war with the U.S., China is boosting its economic ties with Ukraine.

For one, Ukraine has overtaken the U.S. as China’s top corn supplier.

Five years ago, the U.S. supplied about 97 percent of Chinese corn imports. In 2017, however, Ukraine accounted for about two-thirds of China’s 2.83 million tonnes of imported corn—while the U.S. share was down to a quarter.

The swap underscores a narrowing market for some U.S. agricultural exports to China. It also points to the burgeoning economic ties between Beijing and Kyiv, which, some say, could become an obstacle to Ukraine’s post-revolutionary, pro-Western political pivot. 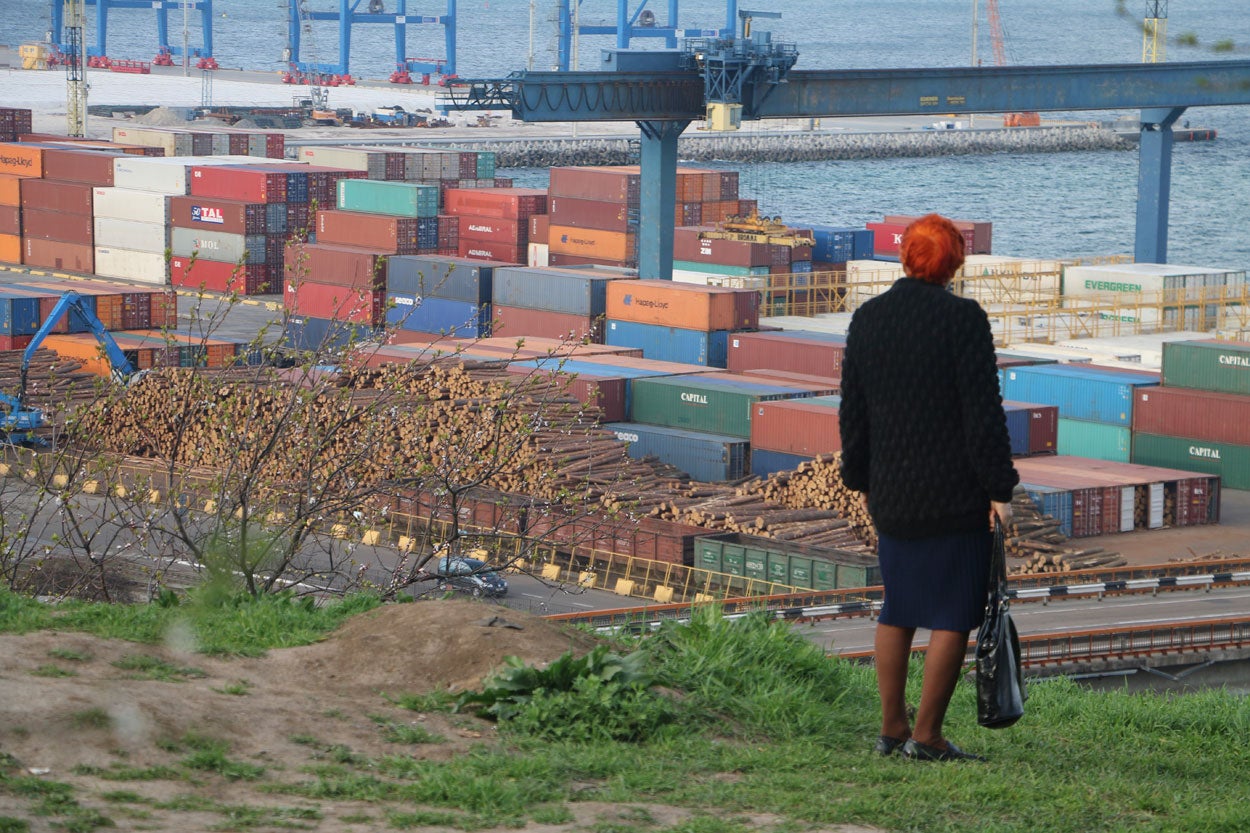 “As a friend to Ukraine, the U.S. should caution Kyiv from agreeing too easily to Chinese investment that could undermine its national sovereignty,” said Luke Coffey, director of The Heritage Foundation’s Foreign Policy Studies Center.

“There are plenty of cases in Asia and Africa where Chinese-funded projects suffer from questionable infrastructure financing that may create unsustainable debt obligations for countries which undertake them,” Coffey told The Daily Signal. “Ukraine has enough economic problems as it is and does not need more—especially from China.”

The move paves the way for more Ukrainian corn exports to China. Yet, China had already favored Ukrainian corn supplies before the recent trade spat with the U.S. began.

According to industry reports, new regulations in 2017 made it more difficult for Chinese grain mills to get permits to process genetically modified corn. 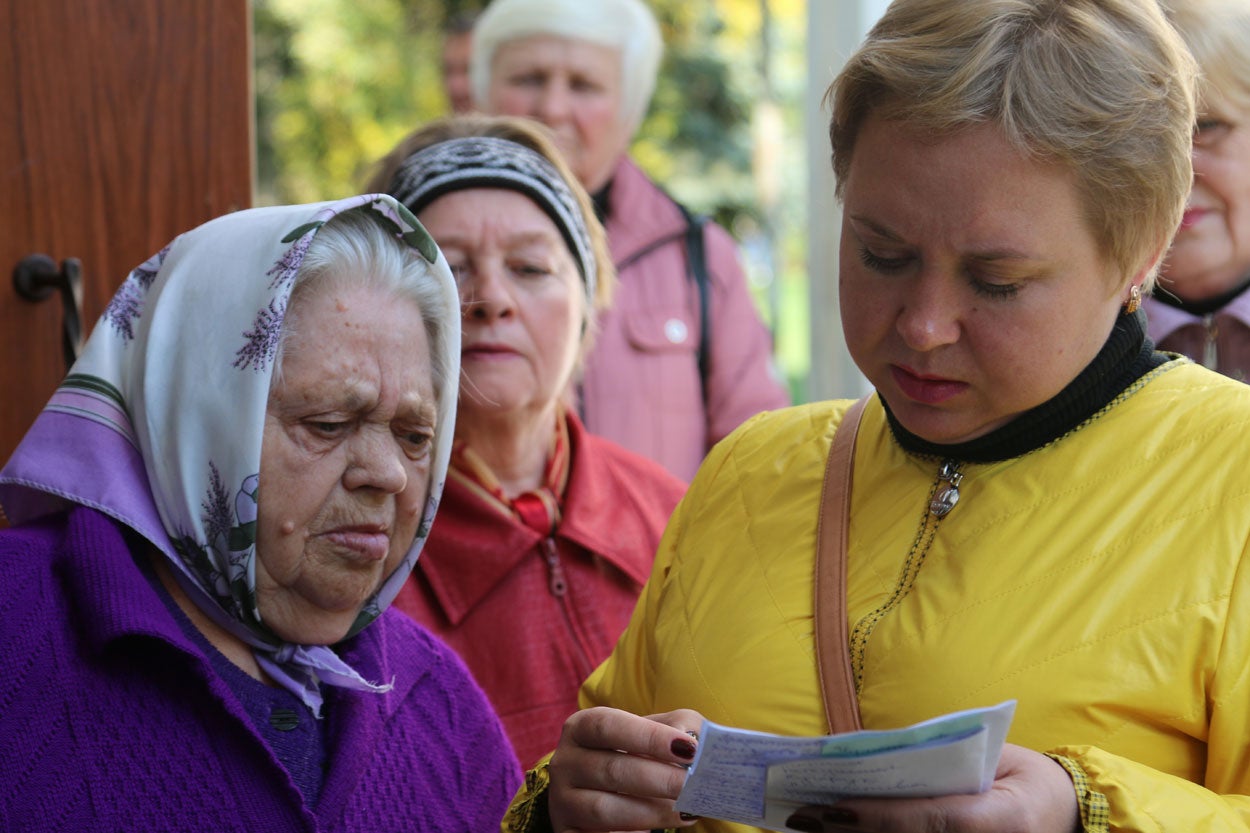 U.S. corn is mostly genetically modified, while corn from Ukraine is not. Therefore, to bypass red tape, some Chinese mills have opted to ditch U.S. suppliers and purchase non-GMO corn from Ukraine.

Yet, with Ukrainian corn taking pole position in China, some industry analysts say U.S. and South American corn could flood other markets in which Ukraine previously dominated.

According to industry reports, that sea change is already happening. Ukraine’s corn exports to Iran, Egypt, Tunisia, and Portugal have all significantly dipped so far this year.

China has had its economic sights set on Ukraine since 2011.

That year, under the watch of Viktor Yanukovych—Ukraine’s now-deposed, pro-Russian president—the two countries established a long-term strategic partnership in economic ties and trade.

Hu Jintao was president of China at the time.

In March 2013, Xi Jinping became president of China. That September, China announced its plan to lease 7.4 million acres of Ukrainian farmland for 50 years.

In December 2013, Yanukovych met with Xi in Beijing. Both sides recommitted to their strategic partnership.

Then, in February 2014, pro-European street protests ousted Yanukovych. The deposed Ukrainian leader fled to Russia, where he now lives in exile. Nevertheless, Ukraine’s post-revolution government has followed through on the Chinese trade relationship that Yanukovych set in motion.

Beijing says Ukraine will be a key waypoint in its One Belt, One Road overland trade route from China to Europe—Xi’s foreign policy mantelpiece. 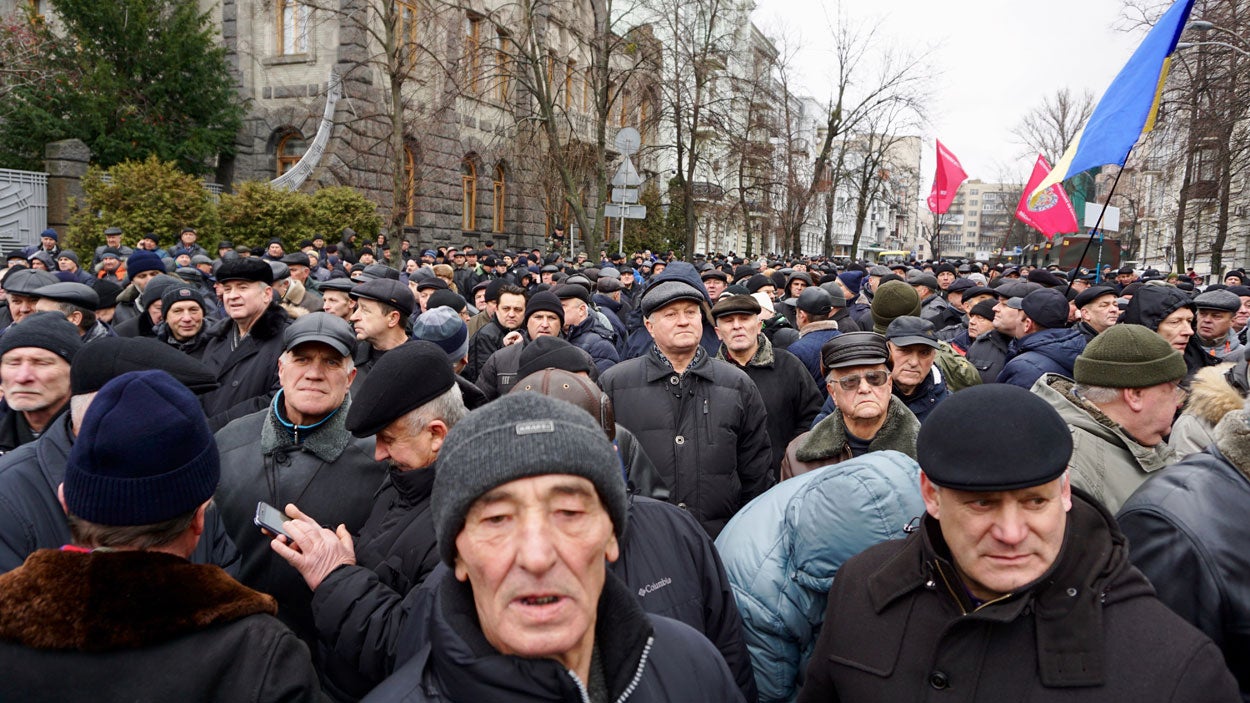 For most Ukrainians, the economy is their top concern. (Photo: Nolan Peterson/The Daily Signal)

To that end, and often under the Western media radar, China has invested in a gamut of transportation infrastructure and agriculture industry projects throughout Ukraine.

In December 2017, Ma Kai, a Chinese vice premier at that time, announced $7 billion in Chinese investments for Ukraine, mainly in infrastructure projects.

Trade between the two countries is also on the rise, reaching about $5.6 billion over the first nine months of 2017—a 14.5 percent year-to-year increase.

China is now the top purchaser of military equipment from Ukraine, totaling $90 million in sales in 2016.

Ukrainian agriculture exports have also contributed to the boost in trade.

Spurring economic growth is a top priority for Kyiv.

In 2017, 39 percent of Ukrainians lived below the official poverty line, and polling says the economy is the top concern for most Ukrainians.

Ukraine’s economy grew by 2.5 percent in 2017, according to the World Bank. This year, the economy is forecast to grow at a similar pace. However, some analysts say Ukraine needs to notch meteoric gross domestic product growth rates for the average citizen to see any noticeable quality of life improvements. 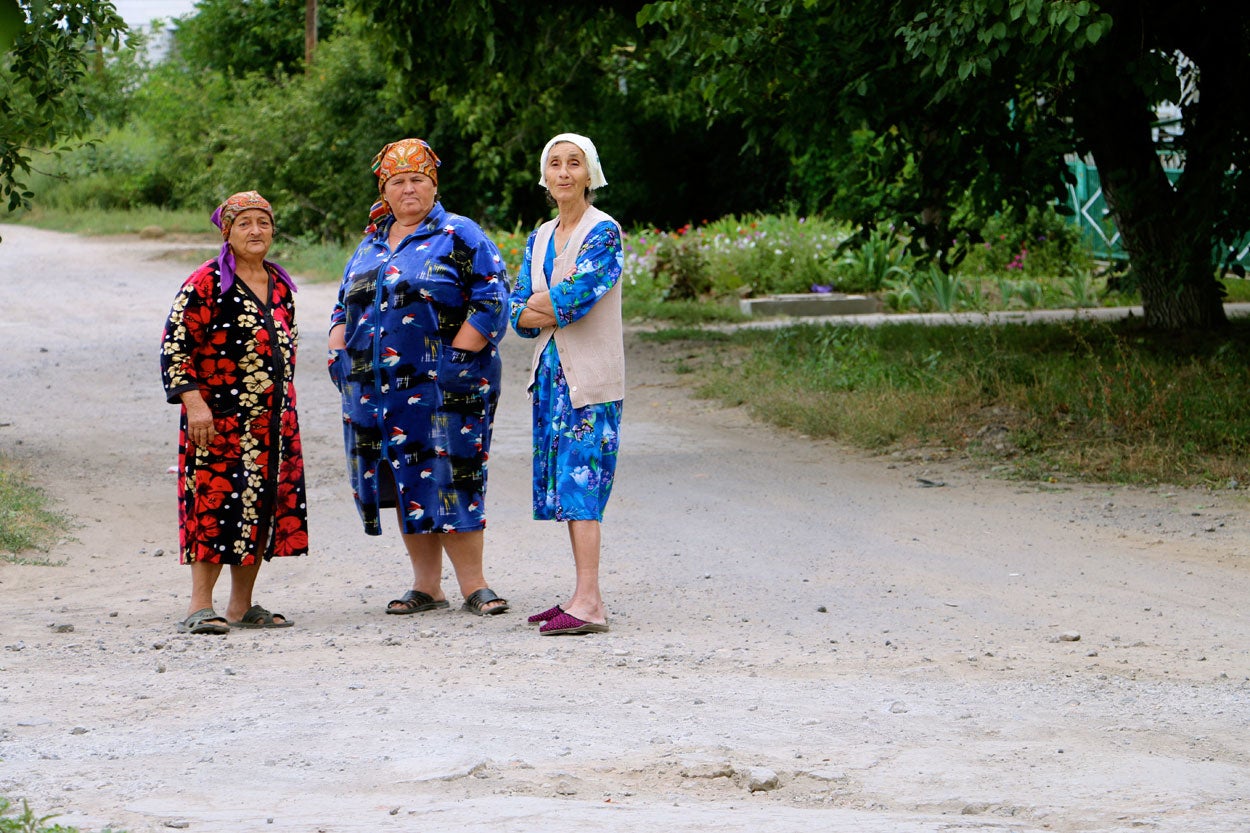 “After the downfall in 2014 to 2015, when Ukraine’s GDP dropped by 17 percent, an increase of 2 to 3 percent is essentially stagnation. It is conservation of the crisis,” said Anatoliy Kinakh, president of Ukrainian League of Industrialists and Entrepreneurs, the Ukrainian news agency UNIAN reported.

“For dynamic growth, for qualitative changes in the components of people’s lives, Ukraine needs a pace of at least 6 to 8 percent, and, it is desirable, 10 percent,” Kinakh reportedly said.

Therefore, some experts say Chinese cash could offer Ukrainian officials a tempting chance to jump-start their country’s economy without the caveat of following through on all the reforms necessary to satisfy Western backers.

However, from the U.S. perspective, Chinese investments are generally welcomed so long as they help shore up Ukraine’s economy without compromising the country’s ongoing reforms.

“I think the U.S. needs to take a pragmatic but open-eyed approach to this,” Heritage’s Coffey said. “Where China’s investments in Ukraine are legitimate, transparent, and within the rule of law, the U.S. should not be too alarmed.”