Trump Issued a Call for Welfare Reform. Here Are 4 Actions Policymakers Can Take. 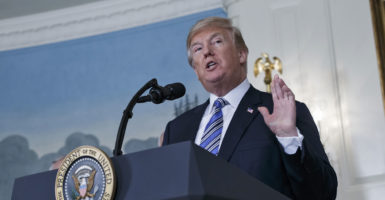 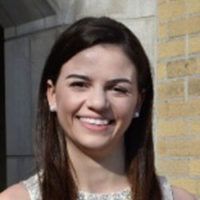 Mimi Teixeira is a graduate fellow in welfare policy at The Heritage Foundation.

President Donald Trump this week signed an executive order calling for reforms in the welfare system to promote work and strengthen marriage.

The president is right to address this pressing issue. Welfare reform is needed.

Today, the welfare system aggressively penalizes marriage among low-income parents and discourages work and self-support. We have spent $28 trillion on welfare programs since the War on Poverty began, yet the ability of the poor to achieve self-sufficiency has actually decreased. Government spends $1.1 trillion annually on the same failed programs while hoping for different results.

Over this same time period, we have seen a decline in marriage that has exacerbated poverty. The proportion of children living in single-parent families has more than tripled since the 1960s. This family context is ripe for continued poverty, as about 80 percent of all long-term child poverty occurs in single-parent homes.

Marriage is one of the two most powerful factors in sustaining adult happiness, and it is the single most important factor in promoting upward social mobility among children. The collapse of marriage in low-income communities, abetted by the welfare system, has directly undermined the well-being of the poor.

In his executive order, the president directed his agencies to report back in 90 days with recommended actions that would implement his pro-work, pro-marriage goals. Here are four specific actions the Trump administration and Congress can take to achieve the president’s objectives and ensure the welfare system helps the people it serves rather than hurting them.

The administration can take these first two steps without legislative action.

Agencies should insist that federal grants pay for outcomes, not services. Surprisingly, payment based on outcomes achieved by certain programs is almost completely nonexistent in the present welfare system.

Agencies should fund contracts based on whether a contractor provides successful outcomes. This would make programs more effective and weed out the contractors who produce subpar results.

Additionally, the administration should provide accurate information about poverty and inequality by correctly counting, for the first time, the massive government funding provided to low-income populations.

The government spends $1.1 trillion a year on assistance for poor and low-income people through cash, food, housing, medical care, and other social services. Yet 97 percent of that is not counted by the Census Bureau as income for purposes of measuring either poverty or economic inequality.

It is impossible to accurately evaluate our welfare system without good information about spending and benefits.

To close this information gap, the president’s annual budget should include an aggregate welfare spending figure across all 89 means-tested programs that provide services across 14 government departments and agencies.

Faulty measurements of household income misleadingly give the impression that we spend very little fighting poverty. Despite trillions of dollars of spending, only 3.3 percent of all welfare spending is counted as income in the Census poverty surveys.

The federal government spends more than enough to eliminate all poverty in the United States. Current inaccurate measurements show much higher levels of poverty than actually exist.

The president rightly recognizes that the goal of any welfare program should be to help move work-capable recipients toward greater self-support. Work requirements are a tested policy that offer a path toward self-sufficiency while still providing care for the truly needy.

Ninety-four percent of Americans believe that able-bodied adults who receive cash, food, housing, or medical care from the government should be required to work or prepare for work as a condition of receiving that aid. In the past, work requirements have been successful in reducing welfare rolls and increasing work and self-support.

Policymakers should strengthen work requirements by eliminating waivers that exempt certain counties and states from enforcing the current work requirement on able-bodied adults without dependents.

Sixty-seven percent of able-bodied adults without dependents in the food stamp program are in a waived area and do not have to fulfill any sort of work requirement. Eliminating these waivers will encourage 2.9 million unemployed, work-capable, childless adults who are on food stamps today to re-enter the economy by working, volunteering, or participating in training programs.

Marriage is extremely important in combatting poverty and promoting human well-being. When the War on Poverty began, only 7 percent of children were born outside of marriage. Today, the number is over 40 percent.

When compared to children in intact married homes, children raised by single parents are more likely to have emotional and behavioral problems, to smoke, drink, and use drugs, to be aggressive, and engage in violent, delinquent, and criminal behavior. They are also more likely to have poor school performance, be expelled, and drop out of high school.

While marriage is one of the best antidotes to poverty, the current welfare system, ironically, penalizes it. A mother and father with two kids making $20,000 each will lose $6,302 a year in benefits if they marry, which amounts to 15 percent of their total combined earnings.

The president should call on Congress to address these problems immediately, starting by reforming the earned income tax credit and the Supplemental Nutrition Assistance Program to ensure that working adults can marry without a hefty financial penalty.

The president has issued a bold call to action on a critical problem: Despite its generosity, the welfare system is failing both taxpayers and the poor.

Encouraging self-sufficiency and well-being through work and marriage is the most effective and most compassionate way to approach those in need. A few simple, time-tested reforms would be a great start at improving the system.

Note: This piece has been updated to correct a typo in the amount of money spent on welfare since the War on Poverty began. The number is $28 trillion, not $28 billion.