Students Partake in National Walkout for the Unborn 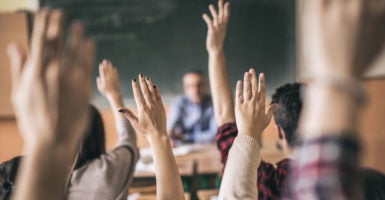 Students from nearly 200 high schools and more than 80 colleges across the United States participated in a pro-life walkout to end abortion on Wednesday. (Photo: skynesher/Getty Images) 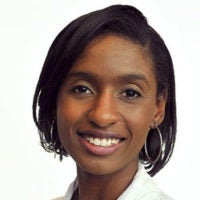 America’s most pro-life generation is at it again. Pro-life students across the country partook in a planned school walkout on Wednesday morning.

After a California high school history teacher was suspended for talking with students about whether pro-life students would receive the same support for their human rights concerns as those who engaged in the gun violence walkout, student Brandon Gillespie was inspired to organize a pro-life walkout for his school that has now spread across the country.

With the help of Students for Life of America, the nation’s largest pro-life organization with more than 1,200 groups in all 50 states, Gillespie and other pro-life students meeting on their campuses will receive “resources, legal help, and training for all who want to take a stand for life, to remember those lost to abortion, to call for support for mothers and their pre-born infants, and to demand that Planned Parenthood be defunded,” says Kristan Hawkins, president of Students for Life of America.

Also, the Thomas More Law Center will be there to offer “legal help, free of charge, to students as they prepare to exercise their constitutional rights to stand up for life and to students who encounter a pro-abortion double standard at their schools,” said Richard Thompson, president and chief counsel of the center.

Gillespie says, “I just want to spread awareness about the cruel things that are happening in Planned Parenthood clinics across the country, the cruel murder of these children who have done nothing wrong.”

Gillespie has inspired other students across the country to stand courageously for the dignity and sanctity of life.

Luke Gutierrez, 16, has organized a pro-life walkout for his school simply because he didn’t see anybody else doing it. He said he takes a stand against the one-sided agenda pushed to him and his fellow peers every day because he knows God created every person with a purpose, and that view should be represented as well.

In a promotional video for his pro-life walkout, he points out that 17 people tragically died in the Parkland high school shooting, but roughly 1,700 people die every day because of abortion.

According to the Centers for Disease Control and Prevention, more than 600,000 abortions were performed in the U.S. in 2014—with Planned Parenthood responsible for more than a third. In 2016, Planned Parenthood claimed to have aborted 881 babies per day—or one every 98 seconds. Since Roe v. Wade, we have lost more than 60 million people to abortion.

Gutierrez admits he is usually a shy guy and does not like to get out of his comfort zone, but he knows “[there are] issues in life you have to stand for and even though I’m a kid … if we don’t stand up for them, who will?”

This generation is showing no fear in the face of liberal bias in the classroom and on university campuses. There are some things that pro-life students are seeing as more important than getting their peers’ and teachers’ approval.

The moral conscience of our nation is rising. The voices of victims of the abortion industry are becoming louder. The wounded are becoming warriors, and abortion is becoming unthinkable.

As a pro-life generation, we hope to one day take our future grandchildren to an abortion clinic-turned-museum to remember a time when the unborn had no voice, and to declare, “No more.”