Freedom of Speech Is the Antidote to Division 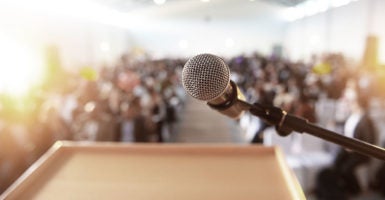 With Georgia Gwinnett College having changed its speech policy, students can now express their opinions in all open areas of campus. (Photo: brazzo/Getty Images) 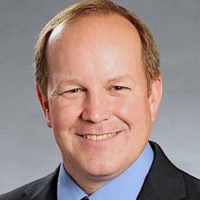 Buzz Brockway is a member of the Georgia House of Representatives from the 102nd District.

In 2016, Chike Uzuegbunam attempted to share his faith in a public area of campus at Georgia Gwinnett College. His spontaneous speech was in violation of the campus free speech policy requiring him to register in advance and to use the free speech zone set aside for such activity.

He left, made the necessary arraignments, and on the appointed day, began sharing his faith in the free speech zone. What happened next is in dispute—a dispute which will be settled in court—as his second attempt to share his faith was also shut down.

Lawsuits such as Uzuegbunam’s have become all too common across the nation, as campus speech codes have become increasingly restrictive.

Upon learning of Uzuegbunam’s lawsuit, I was concerned. Working with colleagues in the Georgia House of Representatives, we met with officials from Georgia Gwinnett College and the Board of Regents of the university system.

They were cooperative and understood how limiting when and where students can express religious, political, or other opinions violates rights guaranteed by our First Amendment. In February 2017, I introduced House Bill 471, outlining what I felt a good campus speech policy should look like.

Georgia Gwinnett College changed its policy and now allows individuals and small groups of students to express their opinions in all open areas of campus.

The Board of Regents also got to work, and during its August meeting, made it clear the free speech rights of students at Georgia’s public college campuses are crucial to a well-rounded education.

Campus free speech policies must not violate students or faculty members’ First Amendment right of free speech. I’m pleased to have played a part in the reaffirmation of these constitutional rights. I applaud Georgia Gwinnett College and the Board of Regents for their prompt and positive action.

In today’s hyperpartisan political climate, protecting free speech is perhaps more important than ever before.

According to a Pew Research study last October, Americans now divide themselves primarily by political differences. “The magnitude of these differences dwarfs other divisions in society, along such lines as gender, race and ethnicity, religious observance, or education,” it said.

Things that divided us in the past are becoming less important, while political differences are becoming more important—and more divisive.

Modern technology allows us to easily consume news, entertainment, and even music that affirm our political beliefs, but express a shallow understanding of other views. Social media allows us to meet like-minded people—and block out those who aren’t.

When we surround ourselves with mainly affirming political messages, we live in a bubble, developing inaccurate opinions about those who hold different views. These inaccurate views can cause us to lose empathy, blocking us from seeing things from others’ points of view.

Freedom of speech as guaranteed by the First Amendment is the antidote to the bubbles we’ve created. Now more than ever, we must recommit ourselves to protecting everyone’s right of free speech, break out of our bubbles, and regain empathy for our fellow Americans.