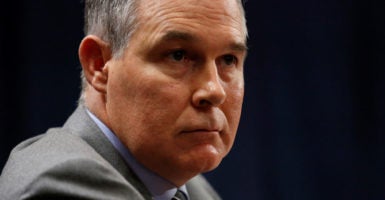 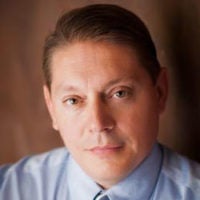 Environmental Protection Agency Administrator Scott Pruitt may be just a lawyer, but so far he has done more to bring sound science to the EPA than any scientist ever affiliated with the agency.

And, apparently, he’s just getting started.

Since taking the reins at the EPA and despite not having a full complement of presidential appointees helping him—not to mention the 15,000 agency employees, many of whom fancy themselves as part of the “resistance”—Pruitt has shaken up the EPA’s 47-year-old culture and practice of politically-driven science.

Pruitt’s first move last fall was to reform the agency’s practice of appointing its own university research grantees to its science advisory boards so they would be in position to rubber-stamp agency actions. This practice contravened federal law that requires these boards to be made up of unbiased scientists.

In one example, a 26-member board had 24 EPA grantees who had received more than $200 million in research grants from the agency. These scientists were “reviewing” either their own research or the research of their colleagues. It was pal review, not peer review.

So, Pruitt changed the EPA’s policy. Researchers now must choose whether they want to receive research grants from the EPA or serve on its advisory boards. But they can’t do both.

Pruitt also appointed new members to some of these boards. For the first time in at least 20 years, individuals were appointed who are prominent critics of how the EPA uses science—including the chairmen of the two most important science advisory boards.

Pruitt rightly recognizes these boards are advisory in nature and he is not bound to accept their advice. As such, Pruitt should be commended for wanting to get different points of view from the members of his advisory boards. In contrast, the Obama EPA boards were largely just echo chambers of a single point of view.

Just last week, Pruitt announced another giant leap toward improving how the EPA uses science. Pruitt says he will ban the use of so-called “secret science” from agency rule-makings.

Over the past 20 years, for example, the most costly EPA air quality regulations have been based on scientific data in taxpayer-funded studies that Harvard and Brigham Young University researchers have literally kept secret for decades.

In 1994, an EPA external science advisory board known as the Clean Air Scientific Advisory Committee asked for the data, but the request was ignored by the agency. In 1997, Congress requested the data and was outright refused.

In 1998, Congress passed a law requiring that scientific data relied on by the agency must be made available to the public. But an appellate court held the law unenforceable in 1998.

In 2011, Congress again began politely asking the EPA for the data. No luck. So, in 2013, Congress issued its first subpoena in 30 years to force the EPA to produce the data. Again, no luck.

The House then began passing bills—three of them in successive sessions of Congress—to bar the EPA from relying on secret data to issue regulations. But all got stuck in the Senate, including the current bill known as the HONEST Act.

So Pruitt has decided he will take the initiative and ban the use of secret science at the EPA. If agency rules are going to be based on scientific data, that data must be available to independent researchers for validation purposes.

It of course would be better if Congress passed legislation to make this permanent, but Pruitt recognizes the EPA and the public cannot wait on the hopelessly deadlocked legislature.

These are all major accomplishments. But there’s a lot more to do. The good news is that Pruitt is eager. He is rightly focused on how the EPA uses science and his plans for improving the process.

As someone who has worked on EPA science issues and controversies for more than 27 years, it’s all music to my ears.