Here Are 8 Stubborn Facts on Gun Violence in America 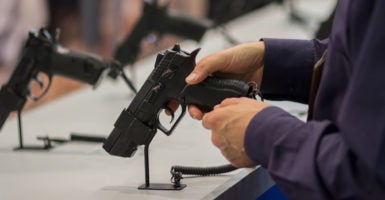 In the wake of the tragic murder of 17 innocent students and teachers at Marjory Stoneman Douglas High School in Parkland, Florida, students, educators, politicians, and activists are searching for solutions to prevent future school shootings.

As emotions morph from grief to anger to resolve, it is vitally important to supply facts so that policymakers and professionals can fashion solutions based on objective data rather than well-intended but misguided emotional fixes.

Are there ways to reduce gun violence and school shootings? Yes, but only after objectively assessing the facts and working collaboratively to fashion commonsense solutions.

Here are eight stubborn facts to keep in mind about gun violence in America:

Each of these facts is firmly based on empirical data. Here’s a deeper look.

1. America is relatively safe, and the trend is toward becoming safer.

3. A small number of factors significantly increase the likelihood that a person will be a victim of a gun-related homicide.

4. The perpetration of gun-related murders is often carried out by predictable people.

6. There is no clear relationship between strict gun control legislation and homicide or violent crime rates.

7. Legally owned firearms are used for lawful purposes much more often than they are used to commit crimes or suicide.

8. Concealed carry permit holders are not the problem, but they may be part of the solution.