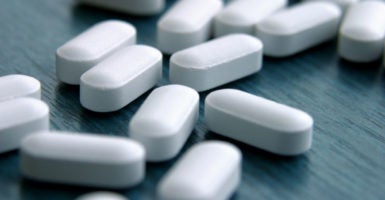 If estimates prove accurate, 2017 will be the second year in a row drug deaths surpass U.S. casualties from the Vietnam War. (Photo: Loooby/Getty Images)

Opioid overdoses experienced another dramatic spike over the past year across every region of the country, according to a report from federal health officials.

Data released by the Centers for Disease Control and Prevention Tuesday show emergency room hospitalizations for opioid overdoses increased by 30 percent between the third quarters of 2016 and 2017 as opioid addiction continued its rapid spread throughout the population. While the jump in overdoses was more pronounced in certain regions of the country, every area experienced an increase, reports NPR.

“We have an emergency on our hands,” said Anne Schuchat, acting director of the CDC, according to NPR. “The fast-moving opioid overdose epidemic continues and is accelerating. We saw, sadly, that in every region, in every age group of adults, in both men and women, overdoses from opioids are increasing.”

Officials fear the overdose rate and death toll are likely higher than the official statistics show because many overdose victims will never pass through an emergency room.

Drug overdoses, fueled by substances like fentanyl, are now the leading cause of accidental death for Americans under the age of 50, killing more than 64,000 people in 2016, according to the Centers for Disease Control and Prevention.

Data from the National Institute on Drug Abuse released Sept. 7 paints a grim outlook for the future of the drug crisis ravaging American communities.

The study predicts the addiction epidemic in America will continue to deteriorate, pushing drug deaths to an estimated 71,600 in 2017. If the estimates prove accurate, 2017 will be the second year in a row drug deaths surpass U.S. casualties from the Vietnam War.