Why ‘Sin Taxes’ on Ammo Will Backfire 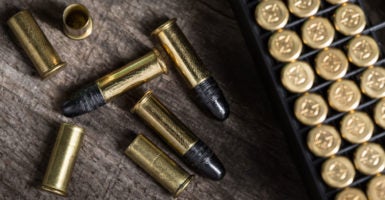 Sin taxes of all types have unintended consequences. A new proposal to impose a 50 percent tax on ammunition is no exception.

Selective sales taxes imposed on certain politically disfavored goods are rife with misuse, rarely achieve their intended outcome, and disproportionately hurt the poor. They also increase government revenue and expand the size and scope of government.

A new bill from Rep. Danny Davis, D-Ill., proposes raising the federal excise tax on shells and cartridges from 11 percent to 50 percent, and the tax on firearms from 10 or 11 percent, depending on the gun, to 20 percent.

Selective sales or “sin taxes” that are too high create black markets, increase criminal activity, and move the sale of otherwise legal products outside the reach of law enforcement.

High cigarette taxes, for example, create markets for untaxed illegal cigarettes, which require large-scale criminal enterprises to supply. In New York, where the tax rate is the highest in the nation, more than half the cigarette consumption is illegal, making otherwise law-abiding citizens into tax-evading criminals.

High sin taxes create black markets, which in turn breed crime and unnecessary conflict. For example, a Virginia man hired a contract killer over a cigarette smuggling dispute, and the altercation that led to the death of Eric Garner began over untaxed cigarette sales.

Selective excise taxes are also not able to address the targeted problem. Soda taxes induce many consumers to switch to beer or replace soda with other high-calorie options. Smokers in high-tax states have been found to smoke cigarettes that are longer and higher in tar and nicotine than smokers in low-tax states.

Ammunition taxes will similarly fail to address the underlying social and cultural drivers of real and perceived increases in violent acts. Instead, those looking for guns and ammunition will turn to black markets or be undiscouraged by the tax.

A tax of any level would do little to dissuade attackers involved in recent tragedies—they would have committed their heinous crimes whether or not they had to pay extra money to buy the ammunition.

Much like traditional restrictions on firearms, taxes only affect law-abiding citizens. Those who wish to carry out illegal acts will have no problem buying tax-free guns and ammunition from a black market dealer.

The average gun-owning American will pay higher taxes, and criminals will profit from expanded black markets for illegal tax-free guns.

Lastly, sin taxes are antithetical to American freedoms. High taxes on guns aim to restrict a constitutional right. Not only is the government attempting to manipulate your ability to buy otherwise legal goods, it is raising revenue to further expand the already intrusive federal bureaucracy.

Although the argument for the new excise tax is to discourage ammunition and gun sales, the Illinois congressman also proposed new federal anti-violence programs, funded with the new tax revenue. These two goals work in opposite directions.

Instead of attempting to manipulate consumer behavior, governments should levy taxes in the most economically efficient and least distorting manner to fund a limited constitutional government. All forms of sin taxes are bad public policy—they create unintended consequences, rarely address the intended problem, and grow the size of government.