First Amendment Protects Unpopular Views, Like Those Held by a Christian Baker 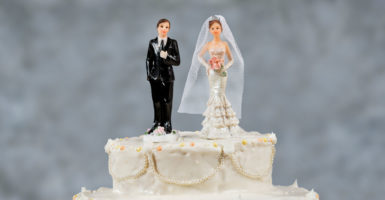 A California judge ruled in favor of Cathy Miller, a baker who declined to bake a custom cake for a same-sex wedding out of deeply held religious conviction. (Photo: mofles/Getty Images) 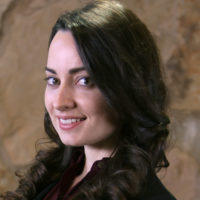 The story is all too familiar by now: A same-sex couple asks a religious baker to custom create a wedding cake. The baker politely apologizes, but the resulting lawsuit shuts down the bakery.

But this time, the story has a different ending—for now.

Cathy Miller runs a bakery in Bakersfield, California, called Tastries Bakery. Because Miller’s religious convictions prevented her from using her creative expression to lend support to a same-sex wedding, she referred the couple to a competing bakery.

After the couple filed an administrative complaint, the state of California filed suit against Miller. The lawsuit sought to use the coercive power of government to compel her to create custom wedding cakes with messages that violate her religious convictions.

In other words, bake the cake or go out of business. But this is where the story takes a turn.

Earlier this month, a California state court ruled in favor of Miller. According to the court’s opinion, the law allows room for disagreement between people of goodwill. The state cannot compel Miller to create custom wedding cakes if she does not wish to convey a particular message.

The court concluded that it has an obligation to protect free speech for everyone. More directly, Judge David Lampe reasoned that, while everyone should be able to purchase ready-made goods regardless of what the customer plans to do with the goods, custom art is different.

Lampe concluded, “The state is not petitioning the court to order defendants to sell a cake.” Something more is at stake.

According to Lampe, the state of California was trying to “compel Miller to use her talents to design and create a cake she has not yet conceived with the knowledge that her work will be displayed in celebration of a marital union her religion forbids.”

In the modern context, the judge’s wisdom is remarkable. Just ask Jack Phillips, another baker who was fined by his state’s government for similar reasons, and whose appeal is currently before the United States Supreme Court in Masterpiece Cakeshop, Ltd. v. Colorado Civil Rights Commission.

Yet, based on decades of Supreme Court precedent, it is nothing new.

Lampe’s reasoning, like the ACLU’s, draws from a well-established line of Supreme Court cases protecting everyone’s right to be free from the government telling you what to say—or believe.

For instance, in the landmark 1943 case West Virginia State Board of Education v. Barnette, the Supreme Court ruled that the government could not compel a Jehovah’s Witness student to salute the flag or say the Pledge of Allegiance—and that was when such an act of peaceful protest was seen as dangerous to national unity.

Then as now, the point is the same: The First Amendment protects expression, artistic or otherwise. The state cannot force citizens to create a government-approved message.

The Supreme Court’s forthcoming decision in Masterpiece Cakeshop may affect cases like Miller’s throughout the country. For instance, my firm, First Liberty Institute, represents Aaron and Melissa Klein, the owners of Sweet Cakes by Melissa, a bakery in Oregon penalized $135,000 for declining to create a custom wedding cake because of their religious beliefs. Their case will soon be appealed to the Oregon Supreme Court. Cathy’s case will likely be appealed, too.

Popular ideas are not in great danger of being suppressed or silenced. The true test of our commitment to freedom is if we welcome that disagreement and live peaceably as neighbors anyway.

Lampe passed that test. We hope others will, too.