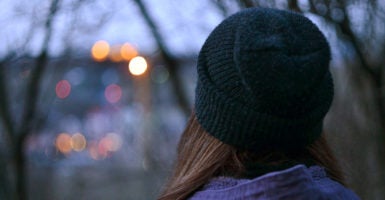 A biological girl who identifies as a boy alleges the lack of support at home drove her to suicidal tendencies. (Photo: finwal/Getty Images)

Parents are battling in an Ohio court to gain custody of their child, who alleges that her parents have not been supportive of her gender identity.

The biological girl, 17, identifies as a boy and alleges the lack of support at home drove her to suicidal tendencies. The teen now lives with her grandparents and sits under the legal guardianship of a family services center.

The teen and parents—who’ve requested to remain anonymous to protect their privacy—have taken their case to court after medical experts deemed her case as a possible “life-or-death situation,” resulting from the father’s refusal to call his daughter by her chosen name and their rejection of her male identity, court records posit, according to CNN.

The teen was hospitalized in 2016 after she contacted a crisis chat service indicating that she felt unsafe at home with her parents and felt as if she might hurt herself badly. She was diagnosed with depression, an anxiety disorder, and gender dysphoria.

“We think the grandparents are the ones who have an open mind and will … make this sort of decision best for the child,” the child’s representing attorney, Paul Hunt, said. “The parents have clearly indicated that they’re not open to it.”

The grandparents said they are prepared to make medical decisions with the child, including beginning hormone therapy, according to court documents. The parents, however, object to any form of hormone blockers, indicating that their daughter isn’t ready to make such a life-changing decision and should wait until she is at least 18 years old.

The Hamilton County Job and Family Services holds temporary custody of the teen who lives with her maternal grandparents. She wants to stay with her grandparents who have been supportive of her choice to become a male.

The teen maintains that her father told her to kill herself because she was “going to hell anyway.” She also claims the parents stopped her mental health counseling in order to seek Christian counseling instead, but the parents denied the allegations.

“If the maternal grandparents were to be given custody, it would simply be a way for the child to circumvent the necessity of parents’ consent,” said the parents’ attorney, Karen Brinkman. “[The] parents believe custody of the child should be restored to them, so they can make the medical decisions they believe are in their child’s best interest until [the child] turns 18 years of age,” Brinkman added.

The Ohio court judge ruling on the case called it an “obviously a gut-wrenching situation for all of you to face,” positing that she will make a decision on the case by Friday.