What Trump’s Education Budget Gets Right, and Where It Can Improve 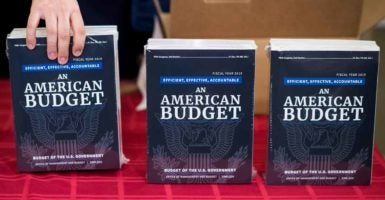 The Trump administration released its budget proposal for fiscal year 2019 on Monday, and it contains some welcome requests in the sphere of education.

The proposal suggests making needed cuts to the Department of Education’s labyrinth of ineffective and duplicative K-12 programs.

Originally, it included $59.9 billion for the Department of Education, which would have reduced spending at the agency by $7.1 billion—a 10.5 percent decrease from the 2017 enacted level. It would have done so by, among other reforms, eliminating billions of dollars for duplicative and ineffective programs and those that are “more appropriately supported through state, local, or private funds.”

But unfortunately, the White House attached an addendum to the budget that incorporates the additional $300 billion over two years passed in last week’s budget deal. This means proposed cuts are now smaller than originally outlined.

Nonetheless, the administration’s budget correctly zeros in on federal programs that have been ineffective and duplicative, and are not the purview of Washington. In particular, it would eliminate:

As aspirational documents go, the budget correctly states that “[q]uality education exists when parents have a voice in choosing their child’s K-12 schools and students have the tools they need to succeed. Decades of investments and billions of dollars in spending have shown that an increase in funding does not guarantee high-quality education.”

Parents should have a choice in where and how their children are educated. However, the request for $1 billion in new spending to “establish a new school choice grant program to support a wide range of innovative approaches to school choice” is not the responsibility of the federal government, and could harm the broader state-based efforts to advance school choice in the long run.

If the administration does pursue $1 billion in federal funding, it should, at a minimum, be directed to those populations for whom the federal government has a special obligation: children of military families, those who live in the District of Columbia, and Native American children.

A Move in the Right Direction

The budget takes a step in the right direction by halting the K-12 federal education spending spree. Overall, the president’s budget would make needed reductions in K-12 spending and would reduce the size and scope of the federal Department of Education. Yet much more significant reductions are needed to begin the long-overdue process of restoring state and local control of education.

Proposals for new spending on school choice programs, however, should be directed to those populations where there is a rationale for federal spending, such as by providing education savings accounts to children from active-duty military families.