Businesses Need a Long-Term Renewal of This Expired Program 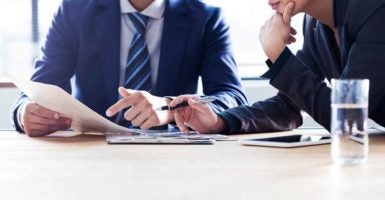 A long-term renewal of the Generalized System of Preferences would allow U.S. companies to plan ahead, increase investment, and create new jobs in the United States. (Photo: seb_ra/Getty Images)

The Generalized System of Preferences eliminates tariffs on thousands of products from around the world. Reichert’s bill would renew the program for three years.

This legislation is a good start, and there is no question that Congress should immediately reauthorize the program. The Chamber of Commerce estimates that “approximately two-thirds of U.S. imports under [the Generalized System of Preferences] are raw materials, parts and components, or machinery and equipment used by U.S. companies to manufacture goods in the United States for domestic consumption or for export.”

In the absence of this program, similar to what occurred between 2013 and 2015, domestic businesses are experiencing a significant increase in costs due to higher taxes on their imports.

The Coalition for GSP estimates that companies have paid an additional $50 million or more since Jan. 1 to get the products they need to operate. That adds up to roughly $2.5 million in unnecessary costs each day.

>>> Read the full report, “Congress Should Renew the Generalized System of Preferences”

Although a three-year renewal would get the program up and running again, a better result would be for Congress to commit to extending the program for at least 10 years. That would allow U.S. companies to plan for the long term, increase investment, and create new jobs in the U.S.

This program is a vital source for cost-effective, competitive materials, components, and machinery for U.S. businesses of all sizes. Congress’ failure to renew it in 2017 should be remedied as soon as possible.

Doing so will prevent domestic companies from being forced to take drastic measures to remain in business, such as laying off employees and reducing wages.