I’m From a Family of Farmers. Here’s What Trump Has Done for Our Industry. 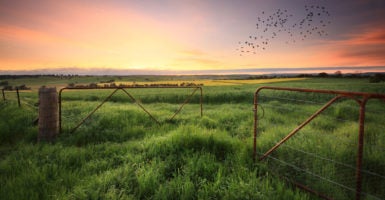 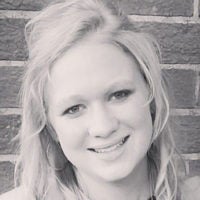 Micaela Wright grew up on a small farm in Arcanum, Ohio, and is pursuing a masters in public administration.

In the first year of his presidency, Donald Trump came through on his promise to support rural Americans and agriculture. Unfortunately, many news outlets didn’t give due attention to these accomplishments.

Agriculture is a very important industry, and the changes that Trump has made have helped ease the burden of too much regulation on our farmers.

As a young agriculture professional myself, I would like to laud the president for his stance on burdensome regulations on the agriculture industry.

During President Barack Obama’s tenure, the so-called “Waters of the United States” rule had been strictly defined to apply to “navigable waterways” but interpreted to mean that even ditches or potholes with water in them could be regulated by the Environmental Protection Agency. This was a huge overreach by the federal government.

Thankfully, Trump signed an executive order to rescind the Waters of the United States rule and give farmers back more power over their own property.

>>> Trump Is Repealing Obama’s Harmful Water Rule. Why Efforts to Stop Him Are Misguided.

Trump also is challenging an important ruling on the reporting of livestock emissions. Livestock farmers would be required to report emissions of greenhouse gases coming from livestock waste.

For many years, farms have been exempt from the 1980 Comprehensive Environmental Response, Compensation, and Liability Act, which required those emissions to be reported. The exemption was allowed because tracking emissions is nearly impossible and because there’s no apparent hazard to the public.

Unfortunately, the Court of Appeals for the District of Columbia Circuit disagreed and ruled that farms cannot be exempt. Trump is supporting the agriculture industry and protecting it from unnecessary regulations by challenging this ruling. Livestock farmers should be grateful for the support of the president.

As Trump continues to roll back unnecessary regulations from the Obama administration, there is one more that should be recognized.

Thankfully, Trump’s EPA administrator, Scott Pruitt, lifted the ban as they continue to ensure that the product is safe for use as an insecticide.

This is another major win for agriculture and for rural America, and it deserves to be celebrated. Trump has proven in his first year as president that he’s listening to farmers and understands the burdens of regulation.

There’s still much work to be done with what we hope will be a new farm bill this year that will assist the agriculture industry, but as someone who works in agriculture, I am appreciative of the progress made thus far by this presidency.