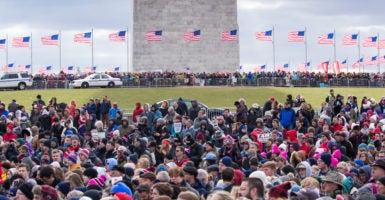 Thousands of Americans gather on the National Mall each year for the March for Life. (Photo: Cheriss May/NurPhoto/Sipa USA/Newscom) 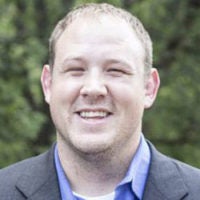 Josh Holler is the teaching and communications director of Churches for Life, a non-profit ministry in St. Louis, Missouri.

Can you imagine a society in which abortion is a foreign concept? Can you picture a time in which this grisly practice is an oddity from a distant past that has no place among us?

If you’re like me and millions of other Americans born after Roe v. Wade, this is difficult to envision.

In the recent hit TV series “Victoria,” produced by Masterpiece, Prince Albert, the husband of the young Queen Victoria, takes up cause with abolitionists to end slavery. Using his clout and influence, he delivers a speech to an abolitionist society about the blight of slavery.

The scene is obviously foreign to us on many levels. Abolitionist societies for slavery do not exist like this today. Bringing forth escaped slaves to give witness to the cruelties of slavery in North America is a notion of yesteryear.

Abolitionist societies were institutions that fulfilled their purpose. As such, they are an artifact of a troubling past in the history of Western civilization.

As difficult as it would have been for an abolitionist society in the 19th century to imagine a day when slavery was no more, it is hard to envision an America where babies are not killed in their mothers’ wombs.

This is one of the four reasons I am traveling from St. Louis to attend Evangelicals for Life and to participate in the March for Life. I’m traveling, first, to do something the pro-life movement should continue to do: imagine.

1. To imagine a day when abortion is no more.

I want to stand with thousands of others and imagine a nation where abortion is as foreign a concept as chattel slavery. A scar in the history of our nation, no doubt, but one we will one day be healing from and no longer afflicted by.

Like others, I want to be reminded that this practice is not the way things are supposed to be.

Abortion should feel alien. It should feel so wholly other that when we look back on the day when abortion was finally abolished, we will see with crystal clarity how much we took it for granted as a wrongful status quo.

Second, I want to catch a broader vision of the forces at work in this movement—forces that are mobilizing and enacting changes that will bring about an end to the practice of abortion.

I have never been to a March for Life rally. I want to come, see, and be encouraged that we in the pro-life movement are not a mere minority, not a radical fringe group, but that there are voices who represent a majority in our nation who yearn and ache to remove this blot upon our society and be healed.

3. To connect with others.

Common cause leads us to make friends with those we would otherwise never know, connect with, or become allies with.

Last week, I spent time training some activists affiliated with my organization, Churches for Life. In our small room were life-affirming Christians across a diverse spectrum of denominations.

Current and future pro-life leaders were present among the Lutheran Church-Missouri Synod, the Southern Baptist Convention, an independent nondenominational church, and the Presbyterian Church in America. Ending abortion was one of the common, unifying goals held among us all.

Traveling to D.C. this week, I likewise expect to meet with others who, though sometimes divided across denominational or political boundaries, are choosing to affirm the value and dignity of human life.

4. Because I’ve been rescued.

If there is any trait that defines me as a Christian, any attribute that is most compelling me to attend the March for Life, it is that I have been rescued by Christ.

The good news of Christ’s own death, burial, and resurrection now compels me out of a changed heart to rescue others—especially those being led to death. I’m traveling to D.C. to meet with other rescued rescuers who have likewise been impacted by the message of the gospel.

I’m traveling to see and taste of a coming victory that this nation can have over abortion, resting in the confidence that if I have been saved, many others can and will be, too.