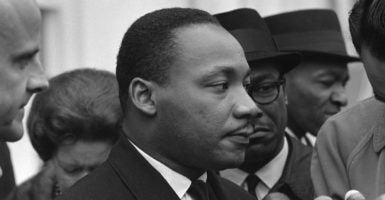 Peter C. Myers, a former visiting fellow in American political thought in The Heritage Foundation's B. Kenneth Simon Center for Principles and Politics, is a professor of political science at the University of Wisconsin-Eau Claire. He is the author of "The Limits and Dangers of Civil Disobedience: The Case of Martin Luther King Jr.”