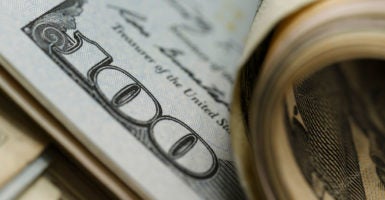 Congress achieved major success in 2017 by passing the first meaningful tax reform in decades, but fell short in other areas of the budget and spending.

This year, important issues loom, including defense and nondefense appropriations for the remainder of the year, the debt limit, an infrastructure plan, and health care and entitlement reforms, among others.

Here are seven priorities that Congress should address this year:

While imperfect, the Budget Control Act is one of the few tools available to control spending and slow the growth of the federal deficit.

In doing so, it should remove the categorical caps for defense and nondefense spending, and extend the law. This would allow Congress to prioritize national defense spending, a constitutional mandate, without piling on to the already growing tab that current and future taxpayers will someday have to pay for.

If past budget deals are any indication, it’s likely that the looming budget deal could also include a debt limit increase.

The country is more than $20 trillion in debt. Before agreeing to another debt limit increase, Congress must first show a commitment to meaningful spending reforms.

Lawmakers should pursue budget process reforms, such as a statutory limit on all federal spending with real deadlines and automatic enforcement mechanisms. Lawmakers should commit to fiscal responsibility, engage in meaningful budget debate, and pursue deliberate, targeted reforms to the country’s most pressing fiscal issues.

If a budget deal is completed, some might argue that there’s no need to pass a fiscal 2019 budget inasmuch top-line appropriations numbers will already be locked in.

Reports indicate that the Republican Senate might be reluctant to pursue a budget because of its diminished majority and the political dynamics of the approaching midterm elections.

To let these concerns win out would be a mistake. The president’s budget sets the administration’s legislative agenda for the upcoming year. The congressional budget uses that document as a guide when developing its own proposal and priorities.

Most importantly, without a budget, there’s no mechanism in place to fast-track reforms through reconciliation, meaning that mandatory reforms to reduce the nation’s growing debt would be kicked further down the road.

Congress should pursue a budget for fiscal year 2019. It’s the responsibility of the governing majority.

4. Return to regular order in budgeting and appropriations.

Regular order means that Congress is passing budgets and appropriations, and authorizing legislation in the method and schedule prescribed by the 1974 budget act.

In reality, this has not happened in 20 years, which was the last time Congress enacted funding for all government activities before the end of the fiscal year.

To make matters worse, Congress has also failed to carefully examine and reauthorize programs on a regular basis, allowing for hundreds of billions of dollars per year in so-called “zombie appropriations.”

Congress has fallen into a pattern of funding the government through crisis, owing to self-imposed deadlines. This has led to a cycle of continuing resolutions and massive omnibus spending bills.

The process lacks accountability and oversight, and is a disservice to taxpayers who expect Congress to responsibly and carefully prioritize resources.

The budget process provides the framework for regular order and should serve as a guide for legislative action. Too often, though, instead of driving congressional decision-making, the budget process has served as a political tool without implementing meaningful legislation.

In 2018, Congress should implement commonsense budget reforms, such as accounting for interest costs when estimating the fiscal impact of pending legislation, adjusting score-keeping practices to accurately reflect the solvency of federal trust funds, and using fair-value accounting for federal credit programs to reflect the true risks of these programs.

These reforms are a small piece of the puzzle toward creating a more transparent and responsible budget process.

Despite the unsuccessful attempts at reform last year, health care should continue to be a top priority this year.

While some progress was made with the repeal of the individual mandate, there’s still work to be done to provide relief to millions of Americans.

Congress should seek a long-term solution that enables greater competition so that Americans can choose the option that is best for them, with more affordable options, while protecting the ability of the vulnerable to access care.

Eighty-nine percent of Americans think that the current welfare system needs to be changed or reformed.

An overwhelming majority supports four simple reforms: eliminating waste, fraud, and abuse; not penalizing parents when they get married; not just providing services to the poor, but paying for real outcomes, such as finding a job; and a work requirement in exchange for receiving government benefits.

There is a real appetite for reform from lawmakers, as well as the public, and Congress should follow through on this momentum.

In 2018, Congress and the administration should reject the temptation to take a yearlong victory lap on tax reform and coast into the midterm elections.

Instead, they should continue to move forward with a conservative agenda and face head-on the issues that are affecting millions of Americans, such as the national debt, the defense budget, and health care and entitlement reform.

With deficits projected to reach trillion-dollar levels in only five years, inaction on the budget is driving the country closer to a fiscal breakdown.

Reforms are needed now more than ever.