I Was Denied Service Because of the Company’s Values, and I’m OK With That 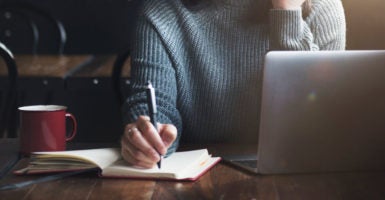 Americans of all political stripes desire the right to withhold support from causes they oppose. (Photo: iStock Photos) 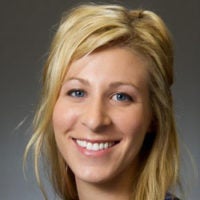 This week, I was denied a service because the company’s values are at odds with the values that Alliance Defending Freedom stands for—values I personally hold.

And guess what? I’m okay with that. Allow me to explain.

As a writer, I’m always looking to improve my skills. And working for a no-debt legal service like Alliance Defending Freedom, which can only take on cases and clients as the funds are provided through our generous ministry friends, fundraising is an important part of what we do.

Using my work information, I signed up for an online course created by Moceanic, a team of talented fundraisers who have created a coaching and training business to help writers better connect with donors.

I’ve read blog posts and books that the team has produced, and I truly admire their talents. They have a gift for connecting with people.

What I didn’t know when I signed up for the course, however, is that Moceanic does a lot of work with organizations such as the ACLU, Planned Parenthood, and LGBT activist organizations.

I received login information from the course and was excited to get started. But last weekend I received an email notifying me that they had refunded the cost of the course with no explanation as to why.

I was a little perplexed by the email and when I logged into their website on Monday morning, the course was no longer available to me.

That’s when I starting digging deeper into the brains behind Moceanic, and it didn’t take long for me to discover the values statement on their website. Here are a few key excerpts:

We work with progressive charities and movements. … This includes LBGT+ rights, Planned Parenthood, ACLU… . We won’t work with organizations that oppose these movements.

This is important to us, and we reserve the right to choose not to train people working directly for, or on behalf of, organizations whose missions or values do not align with ours.

My first thought was, “I get it—no further explanation needed.” I mean, why would they want to train someone who is going to work to raise money for their opposition?

My second thought was, “We actually have more in common than they think!” This is somewhat like the kind of freedom that Jack Phillips and numerous other Alliance Defending Freedom clients are fighting for.

Alliance Defending Freedom recently argued on behalf of Jack at the Supreme Court.

Jack was sued because he politely declined to design a custom cake celebrating a same-sex marriage. He believes that marriage is sacred—between a man and woman—and designing a cake that celebrated a very different message than his religious beliefs was not something he could do.

It’s not that Jack had any problems serving the couple requesting the cake. In fact, he offered to design them cakes for other occasions or sell them any of the premade goods he had available.

But Jack’s faith is important to him, and as an artist, he has the right not to create art that contradicts that faith.

And it’s not just the cake artist or Barronelle Stutzman, the florist, whose case we have appealed to the Supreme Court.

Alliance Defending Freedom is defending website designers, promotional printers, photographers, film production companies, and other small business owners who are fighting for the same freedom in court—the freedom not to betray their most deeply held beliefs and values.

Our clients serve everyone, they just can’t custom design material that sends messages that violate their faith.

But Moceanic has taken it a step further. They denied me not just their coaching program involving customized material—they declined to serve me entirely, even refusing to allow me access to a pre-existing course.

Of course, Moceanic shouldn’t be forced to coach me on how to speak in a way that generates excitement and engagement for a cause that they disagree with any more than Jack should have to create a cake celebrating a marriage that conflicts with his beliefs.

But they also want to decline me pre-existing courses lacking any custom designed coaching or content.

Although Moceanic’s actions go further than protecting against compelled speech, I understand why they wouldn’t want to advance the mission of their opposition. We live in a diverse nation where people hold differing views about a lot of different things.

The freedom to disagree is what makes America so unique. If we’re all forced by the government to adhere to the same ideology, then we are no longer the land of the free.

As Justice Anthony Kennedy stated during oral arguments in Jack’s case, “[T]olerance is essential in a free society. And tolerance is most meaningful when it’s mutual.”

If the government can take away Jack’s freedom to speak and create consistently with his conscience, then freedom for all of us—including Moceanic—is at risk.

Whether they realize it or not, it appears the Moceanic team agrees with that sentiment. And although they might have taken it further than our arguments in Jack’s case, I wish them all the best.