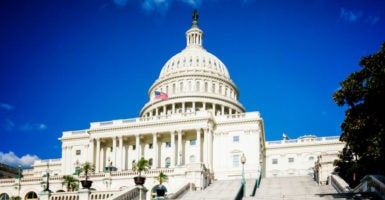 Congressional Republicans could imperil both the welfare reform and the farm bill reform efforts by failing to learn from history and making the same unforced errors they did three years ago.

Next year, Congress is set to consider a comprehensive agriculture bill (aka “farm bill”), as well as reforms to the Supplemental Nutrition Assistance Program (SNAP, aka food stamps), the nation’s largest food assistance program.

But conflating two separate policy questions prevents real reform from occurring to either.

Combining agriculture and welfare issues in the farm bill is a classic example of “logrolling,” in which legislators secure support for their programs that would not pass without significant reforms if they were considered separately.

Legislators who support unreformed food assistance programs and those who support wasteful farm subsidies thus have an incentive to work together to maintain, if not expand, their favored programs.

The process also helps legislators avoid accountability. For example, legislators who would otherwise oppose food stamp legislation without meaningful reform can point to unrelated agricultural programs as the reason for voting for the farm bill.

This allows legislators to pass “status quo” bills, in which food assistance and farm programs do not receive in-depth evaluations.

Under the current process, the food stamp program is reauthorized periodically. Reauthorization occurs too infrequently for legislators to ensure that the program is meeting the needs of its beneficiaries.

Additionally, the current process leaves little room for reforms that would put able-bodied welfare recipients on a path to self-sufficiency.

Taxpayers are also regularly expected to shoulder the high costs of the farm bill. Food stamp spending alone is close to double what it was in 2008, which itself doubled from the early 2000s.

In 2013, the last time the farm bill was due for reauthorization, the House nearly succeeded in separating food stamps and agricultural programs. The lower chamber passed two separate bills: an agriculture-only bill and another bill primarily focused on food stamps.

That makes sense, because the name “farm bill” is misleading at best. A vast majority of spending in the agriculture budget goes to food assistance programs.

According to its most recent budget summary, the U.S. Department of Agriculture is estimated to have spent close to 80 percent of its fiscal year 2017 budget on food assistance programs administered through the Food and Nutrition Service.

A casual observer could simply “follow the money” to conclude that the USDA is primarily a welfare agency that also handles some farm programs.

Now, the time is ripe for Congress to revisit this problem and ensure that both agriculture and welfare programs get the attention they need, beginning with splitting the two into different bills. Moreover, it should take certain steps to make that split permanent.

First, Congress should revive the 2013 effort to place agricultural programs and food stamps on separate reauthorization schedules. This would circumvent legislators’ temptation to combine the programs by ensuring that their reauthorizations are considered at separate times.

Second, Congress should move food assistance programs from the USDA to the Department of Health and Human Services.

The USDA’s expertise is in agriculture, not welfare. By contrast, Health and Human Services administers many of the nation’s welfare programs and is better suited to administer the food assistance programs.

Third, congressional oversight over food assistance programs should be moved out of the agriculture committee to avoid the anti-reform incentives ingrained in the current farm bill process.

Making these commonsense changes would pave the way for real reform in our nation’s food assistance programs.

For example, Rep. Garret Graves, R-La., introduced a bill that would require work-capable adults without children to work or prepare for work, through education, job training, or some other work activity, in exchange for food stamp benefits.

In the long term, this reform would reduce poverty and increase self-sufficiency among these recipients and save taxpayers billions of dollars.

If Congress considers food assistance and agricultural programs separately, it will be empowered to thoughtfully discuss this and other potential reforms. It should do so for the sake of all Americans—from farmers to taxpayers to welfare recipients.