Justice Clarence Thomas Opens Up on Life, Faith, and His Interracial Marriage 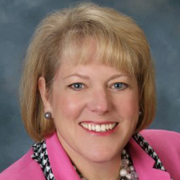 Ginni Thomas is a special correspondent at The Daily Caller News Foundation.

Justice Clarence Thomas has served 27 terms on the U.S. Supreme Court, and agreed to become the 341st leader interviewed for my Daily Caller News Foundation series.

Now at age 69, he is looking back on his life with gratitude and discernment with valuable lessons for others.

People often want to define you by the bad things that happen in your life, he says, but there has been so much good amidst the challenges he told me, his wife, in this exclusive interview.

From a life that launched from economic deprivation, illiteracy, family dysfunction, and even time as a radical leftist, his accomplishments now reach to the U.S. Supreme Court—where he faces constant vilification and defamation. He says he learned the value of humility, patience, and persistence, but the bedrock of his rules for living came from simple aphorisms from his illiterate grandfather.

At a young age, he learned how to build bridges and find something in common with other people, be it sports, a hobby, religion or experiences, rather than focusing on differences and divisions. “Everyone has inherent value and is worth listening to,” he believes.

Looking back, he credits divine providence for path of his life. From the burning of a house, to being raised by his grandparents, to the nuns who taught in Savannah’s inner city, to attending the seminary and to getting his first job with Missouri Attorney General Jack Danforth, who was interviewing at Yale. Nothing could have foreseen his sitting on the Supreme Court today.

Faith, he says, gives him “the strength to do what I have to do every day, to assert the independence, to be willing to take the beatings, the criticism, the unfairness.” When he attends daily mass, he says, it helps him do his “job, a secular job, in the right way and for the right reasons.” It reminds him that his work has nothing to do with what is said about him, but is rather about doing what he took an oath to do.

“Everyone has inherent value and is worth listening to,” says Justice Clarence Thomas.

Thomas frequently turns to the “Litany of Humility,” which helps focus and insulate him from the distractions, criticisms, or praise that can come from this world. In his view, what really matters is whether you do what you are called to do.

As we talked about the biggest blessings of his life, he named being born in America, his faith, his son, and our marriage. He also spoke of his love of University of Nebraska athletics, motor homing over the last 18 years through “flyover country,” and the gift of being able to read. When you grow up surrounded by illiteracy with adults asking, “What this paper say?” reading becomes a true blessing. “It is like Christmas every day” when he reads.

Only after public outrage and congressional resolutions condemning the Smithsonian Institution’s refusal to honor Thomas in its African-American museum did an exhibit get modified. Ritual defamation by an antagonistic cultural elite who hope to reduce his popular currency and make his views radioactive, especially for any black American to emulate, has become the way of life for him.

Although he knows the difficulty of taking the public beatings for his views, he often remembers his grandfather’s advice in the 1980s of “Boy, you have to stand up for what you believe in.” He acknowledges a certain peace that comes from knowing you did the right thing, and talks about the importance of not allowing the critics to make you into someone you are not by overreacting negatively to them. He quotes the black author Richard Wright who said, “the worst I’ve ever been treated is when I told the truth.”

In an epic speech some 20 years ago to black judges in Memphis, Thomas boldly stated that he came not to defend his views, “but rather to assert my right to think to myself, to refuse to have my ideas assigned to me as though I was an intellectual slave because I’m black.” He wrote that speech, he says today, to draw attention to, “the right, among blacks, to think for themselves, the right to be that invisible man, to be the one who lays claim to his own thoughts.”

On the best part of being a Supreme Court justice, he praises our marriage to share the experiences, but also the joy of his four clerks each term. He promises his clerks that they “will leave this job with clean hands, clean hearts and clear consciences. They are “just a delight.” He enjoys the company of his colleagues, and misses those who have retired and passed away.

Don’t miss his jovial ending where he wanted to turn the tables on the interviewee.

For more, read Thomas’ autobiography, “My Grandfather’s Son,” see these articles or watch any of the 264 C-SPAN covered events of speeches he has given. To me, he is the best man walking the face of this earth!

Videographer Sean Moody is credited with the video work for this story.