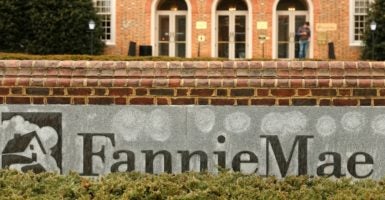 Recently, the House Financial Services Committee marked up a bill that would prevent Fannie Mae and Freddie Mac, under certain financial conditions, from funding two affordable housing trust funds created by the Housing and Economic Recovery Act of 2008.

Through that law, Congress authorized the Federal Housing Finance Agency to direct Fannie Mae and Freddie Mac to disburse a portion of their respective annual new business (mortgage) purchases into the affordable housing funds, the Housing Trust Fund and the Capital Magnet Fund.

Until 2014, the Federal Housing Finance Agency kept these spigots shut off owing to the precarious financial condition of Fannie and Freddie. However, the agency reversed its policy stance in 2014, and Fannie Mae and Freddie Mac have since set aside approximately $837 million combined for all funds in 2015 and 2016.

Short of abolishing the trust funds, this is the right policy while Fannie Mae and Freddie Mac remain wards of the federal government, and until Congress decides the fate of the two taxpayer-financed government-sponsored enterprises.

In any event, the affordable housing trust funds are unnecessary, have enriched politically connected groups at taxpayers’ expense, and ultimately expand the government’s harmful interference in housing markets across the U.S.

What the Housing Trust Funds Do

Under the Housing and Economic Recovery Act of 2008, Congress created those two new affordable housing funds, the Capital Magnet Fund and the Housing Trust Fund, which expanded the federal government’s subsidies for low-income housing and community development across U.S. housing markets.

The 2008 statute provided the Federal Housing Finance Agency with the powers to direct both Fannie Mae and Freddie Mac to reserve a portion (4.2 basis points, or 0.042 percent) of their total new business (mortgage) purchases each year to finance both funds.

The secretary of the Department of Housing and Urban Development administers the Housing Trust Fund, and allocates at least $3 million annually to states. The Capital Magnet Fund, directed by the Department of Treasury, disburses funds through competitive grants to eligible community development financial institutions, or qualified nonprofits across the U.S.

After several years of suspension, Fannie Mae and Freddie Mac started contributing to both funds in 2015, as well as specified disbursements to cover the costs of the ongoing federal foreclosure-prevention program, Hope for Homeowners.

Fannie Mae alone has made payments totaling $485 million from 2015 to 2016, with $127 million to the Capital Magnet Fund, $237 million allocated to the Housing Trust Fund, and $121 million set aside for the Hope for Homeowners program.

Likewise, Freddie Mac disbursed $352 million over this period with $93 million to the Capital Magnet Fund and $172 million to the Housing Trust Fund, in addition to $87 million allotted for the Hope for Homeowners program.

The federal government has patched together a system of affordable housing policies for several decades, extending back at least to the late 1970s, when federal lawmakers instituted the nebulous Community Reinvestment Act, which has increased moral hazard in housing finance and destabilized the housing markets. The so-called trust funds are only the latest harmful part of this failed system.

Federal affordable housing policies have led to the long-term degradation of mortgage underwriting standards, encouraged an explosion of mortgage debt, and increased risk concentration among financial institutions, with no appreciable increase in the U.S. homeownership rate.

To add insult to injury, today, federal taxpayers continue to pick up the tab for these policy errors, and continue to cover the costs of guarantees on more than 60 percent of single-family housing mortgage debt. Yet Congress has deferred winding down Fannie Mae and Freddie Mac, and the entities remain in federal conservatorship.

Altogether, federal policymakers should allow private capital, not government funds, to finance housing markets across the U.S. and abandon the notion that the government can direct scarce resources better than private markets.

Short of abolishing the harmful affordable housing trust fund subsidies, Congress should ensure reforms would at least require that Fannie Mae and Freddie Mac uphold their respective bailout terms with federal taxpayers before making any further disbursements to the affordable housing funds.