What the Founders Understood About Religious Freedom That We Must Recover 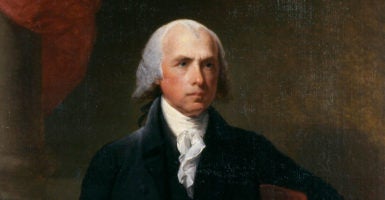 James Madison, known as the "Father of the Constitution," proposed what eventually became the First Amendment. (Photo: World History Archive/Newscom) 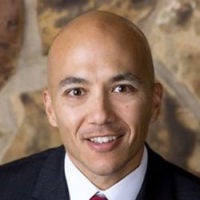 Friday, Dec. 15, marks the anniversary of the day our young nation ratified the Bill of Rights in 1791.

Given the national discussion in recent days over whether the government may compel speech from an ordinary baker, now is an especially good time to consider the very first words of our charter document: “Congress shall make no law respecting an establishment of religion, or prohibiting the free exercise thereof.”

Many today mistakenly interpret these religion clauses to mean something like, “Americans are tolerant of private religious conduct.” But mere “toleration” of “private” religious conduct was precisely what James Madison, a primary author of the Bill of Rights, was careful to avoid. He favored the protection of robust freedom.

Madison’s commitment to religious freedom in public may have begun when he reviewed the proposed Virginia Declaration of Rights in 1776. That document suggested “all men should enjoy the fullest toleration in the exercise of religion.”

Yet years earlier, he had personally witnessed the supposedly tolerant Colony of Virginia imprison Baptist ministers because their beliefs were out of step with the predominantly Anglican colony. Such religious “tolerance” sent minority ministers to jail.

More fundamentally, Madison recoiled at the notion that exercise of religion was a gift from government to be merely “tolerated.” He saw it rather as a hallmark of a free society—an unalienable right endowed by a creator—that exists independent of government.

Many years after witnessing religious persecution in Virginia, Madison chaired the House conference committee on the Bill of Rights. In that role, he seized the opportunity to reject the language of toleration, instead grounding his proposal for the First Amendment in the language of individual liberty: “the civil rights of none shall be abridged on account of religious belief or worship … nor shall the full and equal rights of conscience be in any manner, or on any pretext infringed.”

The states ratified a revised version of Madison’s text as the First Amendment to our Constitution, and the first of our Bill of Rights. His gift to the fledgling republic was to reject the notion that individual rights, and pre-eminently religious liberty, were mere tokens bestowed by a beneficent state, replacing that view with the remarkable notion that these rights are inseparable from our humanity.

In other words, the right of every person to enjoy religious liberty doesn’t exist just because the government says it does—and any government that attempts to dictate otherwise risks illegitimacy.

That robust view of religious liberty served as a foundation for the remainder of what would become our Bill of Rights.

On Sept. 25, 1789, Congress sent the proposed Bill of Rights to the states for ratification. Two hundred and twenty-eight years ago this month, the states ratified these guarantees of natural rights, embedding them into the DNA of our nation.

America’s unique understanding of individual liberty is captured in the first three words of the Constitution, to which the Bill of Rights was appended: “We the people.”

From the preamble to the end of Article VII, the Constitution outlines how these people would form “a more perfect union” without abdicating their individual liberty to a monarch or a tyrant.

The governed gave their consent to lend some, but not all, of their individual authority as human beings to a central government. For instance, while they would remain free to defend themselves individually, they would vest the authority for the collective defense of the new nation to a government that could raise an army.

Thus, it is significant that after outlining the positive rights of the executive, legislative, and judicial branches of government on matters ranging from taxation to foreign relations, the Bill of Rights begins by negating the power of Congress—“Congress shall make no law … ”—and recognizing the inherent rights of the people.

The reason for this is simple, revolutionary, and profound: Congress shall make no law because the people retain those rights articulated in the Bill of Rights by virtue of their humanity.

While it was, and is, necessary to lend government a limited amount of individual authority “to provide for the common defense” and “to promote the general welfare,” we the people have never ceded the rights of the free exercise of religion, speech, press, assembly, bearing of arms, due process, and those rights preserved within the Bill of Rights.

This was, and is, revolutionary. No nation had ever successfully undertaken to recognize, much less resolve, the tension between individual liberty and government as America did with its Bill of Rights.

Yet, this tension is a delicate one whose safeguarding demands vigilance and care. Madison was right to be wary of a government that treats civil rights as government-issued. And, as the Colorado Civil Rights Commission’s treatment of Jack Phillips makes clear, so must we.

The legacy of the Bill of Rights is this: What government did not create, it can neither bestow nor confiscate.