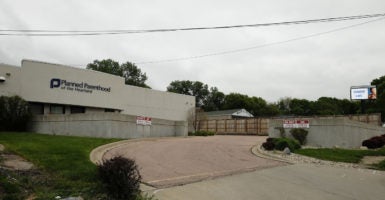 The Department of Justice is requesting unredacted copies of a 2016 report conducted by the Senate Judiciary Committee on those involved in fetal tissue and body parts sales and transfer.

“At this point, the records are intended for investigative use only—we understand that a resolution from the Senate may be required if the department were to use any of the unredacted materials in a formal legal proceeding, such as a grand jury,”  Assistant Attorney General Stephen Boyd wrote.

The 2016 report was sparked by the undercover videos released in 2015 by the Center for Medical Progress. Planned Parenthood and StemExpress employees were featured in the videos.

“We applaud any action by the DOJ to follow the evidence where it leads—and the Senate Judiciary report reveals substantial evidence suggesting Planned Parenthood profits from the sale of baby body parts,” said Lila Rose, the president of Live Action, a pro-life nonprofit organization.

Planned Parenthood, which did not immediately respond to a request for comment, has denied any wrongdoing.

In 2016, “following an investigation into the practice of fetal tissue transfers and the federal laws governing the practice, Senate Judiciary Committee Chairman Chuck Grassley is referring several Planned Parenthood affiliates and companies involved in fetal tissue transfers, as well as the Planned Parenthood Federation of America, to the FBI and the Department of Justice for investigation and possible prosecution,” a press release from Grassley’s office read.

“I don’t take lightly making a criminal referral,” Grassley said in a statement at the time. “But, the seeming disregard for the law by these entities has been fueled by decades of utter failure by the Justice Department to enforce it. And, unless there is a renewed commitment by everyone involved against commercializing the trade in aborted fetal body parts for profit, then the problem is likely to continue.”

Since then, two Congressional investigations found even deeper wrongdoing and confirmed that Planned Parenthood Federation of America, several of their biggest affiliates, and multiple business partners broke the law in a profit-driven scheme to commodify dismembered baby body parts.

Planned Parenthood defends the sale of fetal tissue on its website. It is legal to sell fetal tissue, but not to make a profit on it.

“Planned Parenthood affiliates in just two states, representing 1 percent of the organization’s health centers, are involved in fetal tissue research,” its website reads. “They are involved in this work because it can improve public health and because their patients have requested it.”

“Taxpayers should not be forced to fund a corporation that commits over 320,000 abortions every year and is now under investigation by the Justice Department and FBI for the sale of baby body parts,” Rose said.

In a statement provided to The Daily Signal, Jeanne Mancini, president of the March for Life, welcomed the news.

“Taxpayer funds should not support an organization under federal investigation for such serious  matters,” Mancini said. “In light of this information Congress needs to follow through on their commitment to defund our nation’s largest abortion provider, Planned Parenthood.”

Melanie Israel, a research associate at The Heritage Foundation, told The Daily Signal in an email that Congress should ultimately end funding of Planned Parenthood, which receives approximately $500 million per year, mostly from Medicaid reimbursements, according to CBS News.

“Confirmation that the Department will conduct a ‘thorough and comprehensive assessment’ is welcome news,” Israel said. “Planned Parenthood receives over half a billion taxpayer dollars each year, and Americans deserve to know the truth about disturbing allegations of the sale of fetal body parts.”