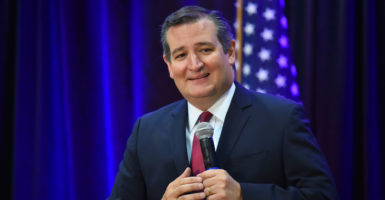 The Senate passed an amendment from Sen. Ted Cruz, R-Texas, Friday to the Tax Cuts and Jobs Act that would allow 529 college savings plans to expand to primary and secondary school tuition for public, private, and religious schools.

“By expanding choice for parents and opportunities for children, we have prioritized the education of the next generation of Americans, allowing families to save and prepare for their children’s future educational expenses,” Cruz said. “Expanding 529’s ensures that each child receives an education that meets their individual needs, instead of being forced into a one-size-fits-all approach to education, or limited to their ZIP code.”

The 529 college plan “is a tax-advantaged savings plan designed to encourage saving for future college costs,” according to the U.S. Securities and Exchange Commission.

Lindsey Burke, director of the Center for Education Policy at The Heritage Foundation, said this amendment will empower American students “with an additional school choice vehicle.”

“The proposal now included in both the House and Senate tax overhauls to allow K-12 expenses to be eligible for 529 savings plans is a major win for American families and taxpayers,” Burke said. “Families will now be able to save for their children’s K-12 costs, including private school tuition, without incurring a tax penalty for any interest that accrues in their accounts.”

She said this amendment would “benefit children of all economic backgrounds,” and they could more easily make their own education choices that fit them best.

The Tax Cuts and Jobs Act passed the Senate with a vote of 51-49, but Cruz’s amendment needed the help of Vice President Mike Pence to pass 51-50.