The Real Russia Scandal the Media Is Ignoring 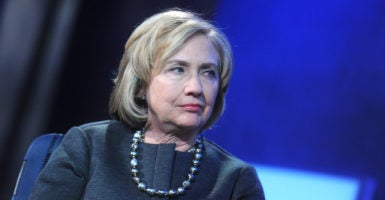 As secretary of state, Hillary Clinton's role was critical to the sale of Uranium One to a Russian-owned company. (Photo: Dennis Van Tine/Geisler-Fotopres/picture alliance / Geisler-Fotop/Newscom) 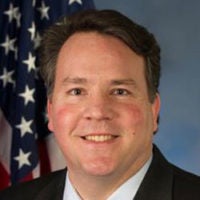 Alex Mooney is the U.S. representative for West Virginia's 2nd congressional district. He serves on the House Financial Services Committee.

We’ve heard much ado about Trump-Russia “collusion” in the print and broadcast media since the president’s inauguration.

The media’s interest in this non-story has not ceased. Yet when reports emerged last year that Russian nuclear officials had routed millions of dollars to the Clinton Foundation while Hillary Clinton was secretary of state, that story was mostly ignored by the major networks.

As co-chairs of the House Media Fairness Caucus, we sent letters to the presidents of ABC, CBS, and NBC News concerning their lack of coverage of this actual Russian scandal. Despite the severity of the allegations, at the time of our letter, the three networks had only spent a combined 4 minutes and 38 seconds covering the story.

In comparison, the networks had spent 1,000-plus minutes on their Trump-Russia collusion stories since President Donald Trump’s inauguration, representing 20 percent of all their coverage of the Trump presidency.

As secretary of state, Clinton’s role was critical to the sale of Uranium One—a uranium mining company—to the Russian-controlled firm Rosatom. The House Intelligence Committee, along with the FBI, opened an investigation into this deal.

That’s two active congressional investigations into an issue of major national security concern, with less than five minutes of news coverage informing the American people about it.

The Media Fairness Caucus, which we lead, stresses the need for objective and fair reporting. We encourage fairness and balance in reporting, in addition to pointing out examples of biased coverage.

>>> Learn more about the Media Fairness Caucus and its efforts to combat media bias.

We find the statistics on news coverage of the Uranium One scandal to be alarming. They reveal the depth of bias in these major networks, as they are unwilling to air stories that place members of the Democratic Party in a negative light.

With this bias, it’s not surprising that most Americans lack trust in the media. A recent NBC Marist Poll revealed that two-thirds of Americans trust the media “not very much” or “not at all.”

We anxiously await the network executives’ response as to why this story does not deserve to be covered while the unproven Trump-Russia collusion story deserves wall-to-wall coverage. The uranium investigations are in the public interest, and the American people should be made aware of them

Thomas Jefferson once said, “The only security of all is in a free press.” Our caucus strongly supports a free press and does not condone any form of censorship. We seek to examine the causes of one-sided reporting, and remind media of their profound obligation to provide the American people with the facts, not tell them what to think.