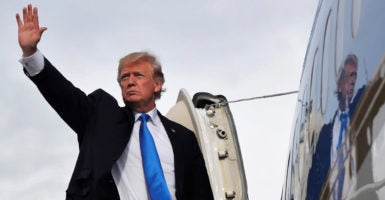 The Paris Agreement would have resulted in dire economic consequences for the U.S.—and wouldn’t have significantly affected the earth’s temperature. Yet, at a conference in Germany this month, President Donald Trump and his administration came under fire for the decision to withdraw from the Paris Agreement.

On today’s podcast, we discuss that, the result of Australia’s vote on same-sex marriage, and whether culture drives politics or politics drives culture, and what it says about our culture that a new report shows people left Thanksgiving dinner early if their family didn’t agree on politics in 2016.