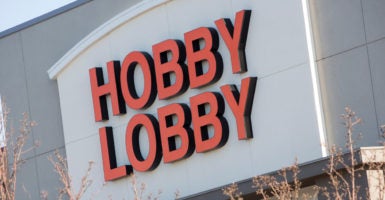 A legal powerhouse from Louisiana with a history of championing religious freedom is among President Donald Trump’s outstanding nominees for federal judgeships.

Kyle Duncan is one of Trump’s excellent picks for the 5th U.S. Circuit Court of Appeals as the president works to reshape the federal courts by announcing slate after slate of his choices to fill more than 160 vacancies across the country. These are men and women who take the Constitution and the rule of law seriously, and Duncan is a superb example. I got to know Duncan when he was general counsel of Becket Law, a nationally recognized public interest law firm based in Washington, and I am confident he will be a dedicated and thoughtful jurist. He understands the proper, limited role judges should play in our government—that judges are not supposed to be legislators, but impartial arbiters of the law.

Duncan will be committed to interpreting the Constitution and laws according to their text, setting aside his personal views and policy preferences.

At Becket, Duncan fought for religious liberty for all people. As the lead lawyer in Hobby Lobby’s challenge to the Obamacare contraceptive mandate, he secured a big victory for religious freedom at the U.S. Supreme Court.

Hobby Lobby, a retail chain run by David Green and his family, sought to operate in accordance with the family’s Christian faith. But Duncan didn’t represent only Christians. He supervised Becket’s representation of an Orthodox Jewish inmate when a prison violated his rights under the Religious Land Use and Institutionalized Persons Act, and he helped defend a mosque under the same law when it faced a discriminatory land-use regulation.

Stuart Kyle Duncan, who was born in 1972 in Baton Rouge, Louisiana, has had a distinguished legal career as an appellate lawyer, arguing more than 30 cases before federal and state appellate courts—including two at the U.S. Supreme Court.

Currently a partner at Schaerr Duncan LLP in Washington, Duncan has served as counsel for parties and amici in more than 40 cases before the high court. For his exceptional written advocacy there, the National Association of Attorneys General twice presented him with its Best Brief Award.

It’s fitting that the president nominated Duncan to a 5th Circuit seat in Louisiana, where he has deep ties. He received his undergraduate and law degrees from Louisiana State University, clerked for a judge on the New Orleans-based 5th Circuit, and for four years was Louisiana’s first solicitor general.

Even after starting his law practice in Washington, Duncan continued to advance Louisiana’s interests. The state retained him time and time again to help defend its laws on everything from abortion to religious freedom to criminal offenses.

In addition to Louisiana, the 5th Circuit hears cases from Texas and Mississippi, and Duncan has ties to those states as well. He was assistant solicitor general of Texas for three years and taught constitutional law, law and economics, admiralty law, and legal ethics at the University of Mississippi School of Law.

Duncan’s record demonstrates that he is an exceptionally qualified nominee who cares a great deal about the Constitution. As Carrie Severino, chief counsel and policy director at the Judicial Crisis Network, put it at National Review, he

is a superstar who can translate sophisticated arguments for the general public. His knack for thoughtful and incisive legal analysis will serve him well on the 5th Circuit, as will his humility and integrity. Kyle is the complete package.

To date, the Senate has confirmed only 13 of Trump’s outstanding judicial nominees, including Supreme Court Justice Neil Gorsuch. While Senate Majority Leader Mitch McConnell should be commended for getting those judges confirmed despite Senate Democrats’ obstruction, there is still plenty of work to do.

The president could do no better than nominating Kyle Duncan. Now, the Senate must work swiftly to confirm him.