Democrats Have Done a 180 on Corporate Taxes. Here’s What They Said Last Year. 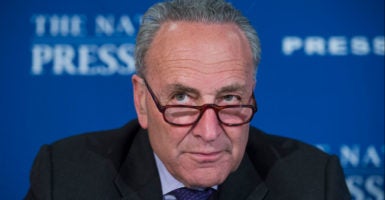 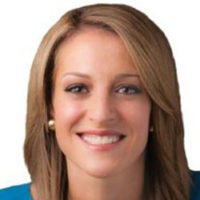 The president proposed cutting the corporate tax rate in his budget.

He wrote that cutting the rate to 28 percent was necessary for “putting the United States in line with major competitor countries and encouraging greater investment here at home.”

Which president am I referring to? You’re probably assuming Donald Trump.

As a lame duck sending his final budget to Congress for fiscal year 2016, Obama finally told the truth about how our economy suffers because the U.S. has the highest corporate tax rate in the industrialized world.

But now that Trump and the Republican Congress are about to actually act to cut the top federal corporate tax rate from 35 to 20 percent, Democrats are suddenly railing against it.

The highest-ranking Democrat, Sen. Chuck Schumer, D-N.Y., said on the floor Tuesday that “[the] cut in the corporate rate would hardly help the everyday American worker. This is trickle-down. Our Republican colleagues don’t really talk about trickle-down, because they know most of America doesn’t believe in it.”

That was a whopper of a flip-flop.

Just last year, Schumer said in a committee hearing on cutting corporate taxes: “I’m game to do it because I think it’s really important for American competitiveness.”

He also told CNBC that “it would be a permanent lower rate, not a holiday rate,” meaning not a one-time cut for the so-called repatriation of trillions in U.S. companies’ profits, which are sitting offshore to avoid getting whacked by U.S. taxes.

Rep. Nancy Pelosi, D-Calif., the House minority leader, said at a press conference earlier this month that Republicans are “deceptively, misleadingly say[ing] to the American people” that “cutting the taxes of corporate America is going to produce such growth that it will eliminate that increase in the debt.”

Hold on a second. Pelosi put out a press release in 2016 that called for congressional action, saying, “It is long past time for tax reform that would lower the corporate rate.”

Nothing has changed in the last year, except that Pelosi realized this good policy would now be credited to Trump instead of Hillary Clinton.

The U.S. has a top federal tax rate of 35 percent, plus state and local taxes, which brings the total to about 39 percent. To put that in context, the global average among developed nations is just 22.5 percent.

Trump, a businessman, understands that when you tell businesses that they will get taxed a minimum 35 percent in America, those companies will just move overseas or keep their profits offshore, out of Uncle Sam’s reach.

The White House originally tried to get Congress to go along with a cut to a 15 percent rate—which would have really undercut all our competing countries—but with negotiations, congressional Republicans got the proposed tax cut down to 20 percent, which would still be a huge victory for the American worker.

If the tax cut gets signed into law, the average American household income could increase between $4,000 and $9,000 a year in wages and salary alone, according to an analysis by the Council of Economic Advisers.

In addition, the Republican tax reform plan would shift from a worldwide tax system to a territorial tax system, which simply means you pay taxes where you make the money, not where your company is based. Under the territorial system, companies would be able to bring profits abroad back to the U.S., tax-free.

As a result, companies will stop leaving their profits overseas, which accounted for an estimated $300 billion in U.S. corporate profits last year alone. Imagine the positive impact on our economy when billions—and perhaps trillions—go into hiring and building and buying and growing.

While Obama and the Democratic leadership in Congress supported cutting and reforming corporate taxes, they never actually tried, even when they were in control. Instead, they left in place a system that hurts American businesses.

They are pretending that all tax cuts hurt the lower and middle classes, even when they know that’s not true. It’s pure politics—Democrats are faking opposition in an effort to win back control of Capitol Hill.

When Trump said he would “drain the swamp,” part of that meant calling out these career politicians who would rather win a political campaign than do what’s best for the country. Cutting corporate taxes will help Americans across the board.