When It Comes to Cost of Living, Red States Win 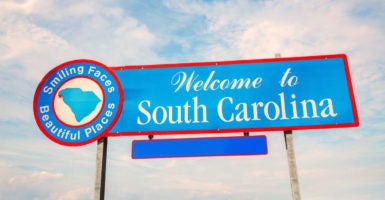 The average purchasing power at the four-person federal poverty level is significantly higher in red states than in blue states. (Photo: iStock Photos) 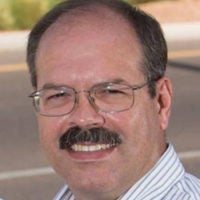 Byron Schlomach is the director of the 1889 Institute.

Where would you rather be poor in a red state or a blue state?

Blue states generally offer richer social benefits on paper. So at first glance, it seems like you’re better off being poor in California than in Mississippi.

On the other hand, some in blue states have complained about how red states get more money from the feds per dollar of federal taxes paid than blue states. How does all that add up?

When cost of living is taken into account, this distorted picture straightens out. Blue states and red states live in different cost-of-living realities—and red states have the economic edge.

Why is this? Federal entitlement policies are substantially driven by the federal poverty level, an amount of income used to determine eligibility for programs like Temporary Assistance for Needy Families and Medicaid.

The federal poverty level for a family of four in the lower 48 states is $24,600, whether that family lives in San Francisco or Fort Worth.

By contrast, in the 30 states that voted for President Donald Trump, the average purchasing power at the four-person federal poverty level is $26,239 due to their low cost of living.

In blue states like Hawaii, California, New York, and Massachusetts, the federal poverty level seems way too low because their cost of living is high.

People in Connecticut intuitively know how little $25,000 can buy in that state. To them and others in high-cost states, $24,600 for four people is a pittance.

But in Mississippi and other low-cost red states, many likely consider $24,600 to be generous or at least about right.

>>> Read Byron Schlomach’s paper, “The Importance of the Cost of Living and Policies to Address It“

These different realities translate into states’ social policies and voting.

Many federal programs require state and federal cost sharing, with states allowed some discretion in the degree of participation. Local circumstances play a role in states’ policymaking—cost of living differences help explain differences in policies.

Medicaid expansion under the Affordable Care Act is particularly inappropriate for low-cost states, and they have acted accordingly: Of the 19 states that have not expanded Medicaid, 17 are red states.

While the federal government treats red states relatively generously due to their lower incomes—incomes that aren’t really that low given their lower cost of living—this generosity comes at a cost to red states, since many federal programs require matching funds.

Blue states, treated less generously by the federal government due to their high cost of living and accompanying higher incomes, push for federal program expansion unsuited for and unwanted by red states.

While it might be tempting to require that the federal government adjust the federal poverty level for each state according to cost of living, it should not. Cost of living is related to state and local regulations—zoning, minimum wages, occupational licensing, and the absence of right-to-work laws.

Having the federal government adjust the federal poverty level for each state’s cost of living would only reinforce costly policy decisions made at state and local levels.

There is no sound ethical or policy justification for the federal government to financially support poor decision-making by states while penalizing good decisions.

Instead, lawmakers in high-cost states should pursue policies to reduce the cost of living. The ball is in their court, not Congress’.