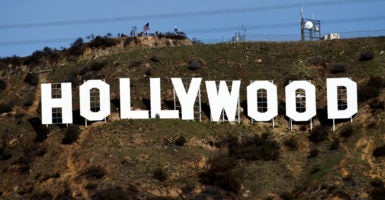 When California made its last annual budget, there were plenty of goodies for liberals in the famously blue state.

The Sacramento Bee, underneath a section with the subhead “How is [Gov. Jerry] Brown responding to Donald Trump’s Washington?” noted that “The budget provides $6.5 million to fund 31 positions in the state Department of Justice to address what officials describe as new workloads relating to health care, environmental rules, consumer affairs and other general constitutional issues.”

In other words, the Trump administration will be facing plenty of lawsuits from the well-funded California attorney general’s office.

There were even perks for illegal immigrants in the Golden State’s budget: “The $125 billion budget bill California lawmakers passed … gives a state-funded program an extra $15 million to help those facing deportation amid widespread fears of heightened immigration enforcement under the Trump administration,” reported the San Jose Mercury News.

Yes, California has high state income taxes. For instance, the rate for millionaires is 13.3 percent. It’s not insanely lower for the middle class, either: A married couple making $103,000 or more would pay a 9.3 percent rate, and while $103,000 might go far in plenty of areas in the United States, California’s outrageously high housing prices ensure that such a couple wouldn’t have an easy time paying all the bills.

Let me explain. Currently, if anyone files taxes with itemized deductions, he can deduct his state and local taxes. In other words, if Joe Random makes $250,000 a year, and pays $26,000 in state and local taxes, and then donates an additional $14,000 to charity annually, he could deduct $40,000 from his salary—and pay federal taxes on only $210,000.

This deduction has big benefits for wealthy Californians. According to The Heritage Foundation’s research, that deduction means the effective tax rate for rich lefties in the Golden State is 8 percent, not 13.3 percent.

Yet it’s Washington, not Sacramento, that loses those tax dollars. Essentially, California can pocket the revenues, do all kinds of pie-in-the-sky liberal programs with it … and yet still attract residents by having an effective tax rate significantly more competitive than the state’s actual tax rate.

No wonder one of California’s Democrat senators is speaking out against the new GOP tax reform framework, which would eliminate this deduction. “I don’t believe California should suffer in order for President Trump to give tax cuts to the rich,” said Sen. Dianne Feinstein in a statement.

But the reality is it’s primarily the well-to-do, not the poor, who are going to be affected by the elimination of this deduction. According to forthcoming research by The Heritage Foundation:

And it’s not just California whose blue-state government is currently raking in the perks thanks to the tax code.

Why should Americans from red states and lower-tax blue states be subsidizing other states? If states like California want to embrace big government, that’s fine—but they should also have to finance it themselves, not ask for a handout from the rest of the country.

Yet unfortunately, there already are suggestions that congressional Republicans might be willing to rethink eliminating the deduction. White House chief economic adviser Gary Cohn told Bloomberg TV last week that elimination of the state and local taxes deduction was “not a red line.”

In 1985, President Ronald Reagan observed, “I don’t believe that we can justify a system that forces taxpayers in low-tax states to subsidize the big-spending policies of a few high-tax states. That really is taxation without representation.”