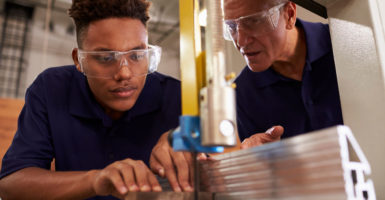 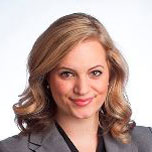 Like most Americans, I don’t own a corporation. When I hear about corporate tax reform, the first question that comes to my mind is, “How is this going to impact my taxes every year?”

Last week, Republican leadership released its outline for tax reform. This nine-page document outlines a plan that would reduce the corporate rate from the current rate of 35 percent down to 20 percent.

This substantial reduction would not only help foster business growth and entrepreneurship, it would put more hard-earned dollars in the pockets of the American worker.

Higher Wages for the American Worker

When a company is forced to pay high taxes that cut into its profits, that company will look for other ways to cut costs and make profit. Unfortunately, cutting its workers’ wages is one area of flexibility.

Consider this example. If Mallory’s candle company has to pay the current rate of 35 percent tax on the $500,000 she made in profits this year, she is faced with a dilemma. She needs to find a way to absorb the $175,000 hit she will take from the corporate tax.

She has a choice: She can begin making her candles at lower quality, raise the cost of her candles, or simply decide to not give her workers a raise this year.

This is a tough choice that businesses across America have to make.

Studies show that the American worker carries 75 to 100 percent of the corporate tax burden. That means many companies, when faced with high taxes, choose to hold back on salary or worker hours.

This is why lowering the corporate rate would have such a positive effect on the American worker’s pocketbook. The Heritage Foundation’s Adam Michel explains it well:

Cheaper Products for All Americans

American businesses currently have to pay 35 percent of their profits in taxes, plus the state corporate income tax. The combination of these two make America’s corporate tax rate the highest of all developed nations.

Let’s look at Mallory’s candle company again. With a 35 percent tax rate, Mallory is spending $175,000 on taxes every year. But Tyler Candle Company, a competitor based out of Canada, only has to pay Canada’s 10.5 percent small business corporate rate.

In order to close the $122,500 gap with her competitor, Mallory has to either cut costs or start earning more in profits.

Mallory’s dilemma is reflective of thousands of U.S. companies that are put at a disadvantage to foreign companies. Because of our current tax code, U.S. companies have to produce more, work harder, and have lower costs.

Saving for retirement is complex and daunting. That’s why most Americans invest in retirement through the companies they work for. In fact, almost 40 percent of corporate stock in America is owned through retirement plans.

By cutting the corporate tax rate from 35 to 20 percent, the GOP tax plan would put more dollars in the pockets of hardworking Americans, allowing them to invest and better prepare for retirement.

By lowering the corporate tax rate, the plan would not only allow workers to keep more dollars to invest, it would also create opportunities for them to invest in their retirement through their companies.

Let’s go back to the case of Mallory. If Mallory’s friends and family have bought stock in her candle company, a lower corporate tax rate would allow them to get a higher return on their investment.

The lower tax rate would result in more profits for Mallory’s company, and thus an increase in stock price, which helps those who have invested in the company.

The purpose of reforming the tax code is not to give billionaires and businesses more money. The goal is to put American job creators on a more level playing field with their competitors abroad.

Doing so will ultimately help our economy thrive, produce higher wages for workers, and lower prices for all Americans.