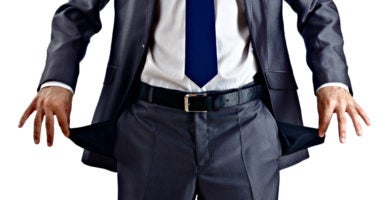 Safeguards could prevent government programs from growing to unsustainable levels in the absence of political will. (Photo: Ingram Publishing/Newscom)

This also means that the federal government now owes almost $1.5 trillion more than the entire U.S. economy produced in 2016. To put this number into context, here are some other things that add up to $20 trillion:

So how exactly did we get here?

Of the entire federal budget, just four entitlement programs—Medicare, Medicaid, Obamacare, and Social Security—account for most of that spending. In fiscal year 2016, these entitlements consumed 52 percent of all tax dollars.

Without reforms, these programs and interest on the debt will be driving 83 percent of all spending growth projected over the next decade.

Entitlements continue to grow at this rate because they are on autopilot. The programs were enacted in law years ago so that agencies are authorized to spend whatever is needed to keep them running.

Congress has the final say about funding for these programs, but lawmakers choose not to reform them because it is politically difficult to cut popular programs—even if they are unsustainable.

Safeguards could prevent these programs from growing to unsustainable levels in the absence of political will.

Normally, Congress limits how much debt the government can take on by enforcing a debt limit. When the government reaches this limit, the Treasury Department no longer can borrow money to finance government operations.

Reaching the debt limit should be a wake-up call to lawmakers that their level of spending is unsustainable and that they need to enact budget reforms.

But that’s not the effect that reaching the debt limit has had in recent years.

Indeed, spending and debt have grown and the government has repeatedly hit the debt limit, only to be raised without making any reforms. Lawmakers have failed to adopt any long-term solutions.

The debt limit has been suspended since November 2015. Congress just suspended it again through Dec. 8 as part of the Trump-Pelosi-Schumer deal that provided relief for victims of Hurricane Harvey.

The United States cannot afford to keep ignoring the debt limit and taking on more debt without serious reform. If the U.S. remains on the current fiscal course, publicly held debt will reach 90 percent of gross domestic product in 10 years.

As the debt grows, so will debt-servicing costs.

The Congressional Budget Office estimates that in 2027, net interest payments on the national debt will consume $768 billion tax dollars. When the government is forced to spend more money servicing the debt, there is less money available for other national priorities, like national defense or lower taxes.

This massive, now $20 trillion debt is a threat to the economy and the American people. Lawmakers and the new administration must reform entitlements, enforce the debt limit, and put the budget back on a path to balance to truly control the national debt.