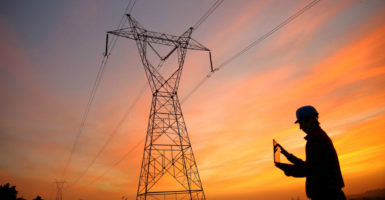 The Department of Energy recently released its much-anticipated report on electricity markets and grid reliability.

Much like the Floyd Mayweather vs. Conor McGregor boxing match, the main event was compelling but completely overhyped. But despite the unnecessary politicization, the study does provide useful information that federal and state policymakers should leverage to implement market-oriented reforms in the electricity industry.

Before diving into the findings and policy recommendations of the report, let’s take a step back to remember how we got here.

In an April 2017 memo, Energy Secretary Rick Perry requested a study examining the country’s electricity markets and reliability. Before any analysts at the Energy Department or contractors had time to put pen to paper, the report was attacked from all angles.

Democratic senators called it a “thinly disguised attempt” to promote coal and nuclear energy. Renewable energy proponents and trade associations came out swinging, putting the word “study” in quotation marks as though the Energy Department could not put together an objective, fact-based report.

The study was also leaked by Energy Department staffers, as if to suggest their department could not produce a transparent document.

Last week, the Energy Department released the report and the findings are largely what one would expect. The report details the past and future retirements of coal, nuclear, natural gas, and hydroelectric generating units, and details challenges to grid reliability and resiliency.

The Heritage Foundation has outlined a number of ways to achieve this objective. The licensing, relicensing, and permitting of power plants, renewable projects, and grid infrastructure would all benefit from a streamlined environmental review process that does not compromise environmental quality.

Congress should also repeal New Source Review. With New Source Review, power plants must demonstrate that the construction and operation of new projects and major modifications will not increase emissions above a specified threshold.

New Source Review is a bureaucratic mess, and what constitutes a “significant modification” is subjective. The amendment excludes routine maintenance, repair, and replacement, but what falls under the definition of significant modification remains murky, despite multiple administrative attempts to clarify the meaning.

Plant upgrades can improve efficiency and reduce operational costs, thereby lowering electricity costs, increasing reliability, and providing environmental benefits. Nevertheless, New Source Review requirements for upgrades discourage these activities. Increasing the efficiency of a plant will cause it to run longer and consequently cause the plant’s emissions to rise.

New Source Review does not account for the emission reduction that would occur if a less efficient plant reduced its hours of operation to compensate for increases in operation of a more efficient plant.

Furthermore, both federal and state lawmakers should eliminate all energy subsidies and mandates. From targeted tax credits and loan guarantees to outright mandates for renewable power, these policies distort energy markets and shift labor and capital investments toward subsidized projects.

Instead of layering one subsidy on top of another, Congress should eliminate all energy subsidies for all sources and reduce any regulatory obstacles that prevent new technologies from integrating into the grid.

The politicization and the personal attacks stemming from this report were unfortunate. However, Congress should use the thorough examination of America’s electricity sector and implement the necessary changes to remove distortions caused by bad policies and unnecessary regulations.

Those reforms will not only save taxpayers money, but make big strides toward a more efficient, affordable, and secure electricity grid.