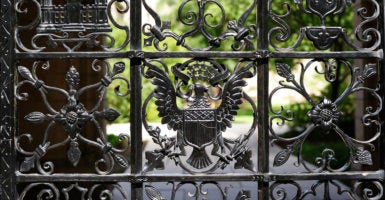 Data show that Asian-Americans are held to higher standards than other applicants when applying to certain elite universities. (Photo: iStock Photos)

This is an out-and-out lie.

The truth is that the departments of Justice and Education plan to investigate racial bias in admissions at Harvard and other elite institutions where Asian-Americans are held to far higher standards than other applicants.

This type of practice was used during the first half of the 20th century to limit the number of Jews at Harvard and other Ivy League schools.

Thomas Espenshade and Alexandria Radford documented discrimination against Asians in their 2009 award-winning book, “No Longer Separate, Not Yet Equal: Race and Class in Elite College Admission and Campus Life.”

Their research demonstrated that, when controlling for other variables, Asian students faced considerable odds against their admission.

Another way of looking at it is that among applicants who had the highest SAT scores (within the 1400-1600 range), 77 percent of blacks were admitted, 48 percent of Hispanics, 40 percent of whites, and only 30 percent of Asians.

The case of Austin Jia is typical of what happens to Asian students.

In 2015, Jia graduated from high school and had a nearly perfect score of 2340 out of 2400 possible points on the new SAT. His GPA was 4.42, and he had taken 11 Advanced Placement courses in high school.

He had been on his school’s debate team, been the tennis team’s captain, and played the violin in the all-state orchestra. His applications for admission were rejected at Harvard, Princeton, and Columbia universities, as well as at the University of Pennsylvania.

Jia said that his rejection was particularly disturbing when certain classmates who had lower scores but were not Asian-American like him were admitted to those Ivy League schools.

California universities present an interesting case. At one time, they also discriminated against Asians in admissions, but now it’s a different story.

As of 2008, Asians made up 40 percent of the students enrolled at UCLA and 43 percent at the University of California, Berkeley. Last school year, 42 percent of students at Caltech were Asian.

You might ask what accounts for the high numbers. It turns out that in 1996, Proposition 209 (also known as the California Civil Rights Initiative) was approved by California voters.

The measure amended the state constitution to prohibit state governmental institutions from considering race, sex, or ethnicity in the areas of public employment, public contracting, and public education.

The experience of California, where racially discriminatory admissions policy has been reduced, suggests that if Ivy League universities were prohibited from using race as a factor in admissions, the Asian-American admissions rate would rise while the percentages of white, black, and Hispanic students would fall.

By the way, diversity-crazed administrators are willing accomplices in the nearly total lack of racial diversity on their basketball teams. It’s not unusual to watch games in which there’s not a single white, Hispanic, or Asian player.

Harvard law professor Alan Dershowitz says, “The idea of discriminating against Asians in order to make room for other minorities doesn’t seem right as a matter of principle.”

Dershowitz is absolutely right, but he goes astray when he argues that investigating discrimination against whites raises a different set of questions. He says, “Generically, whites have not been the subject of historic discrimination.”

Dershowitz’s vision fails to see people as humans, because what human is deserving of racial discrimination?