Is the Conservative-Libertarian Alliance Worth Preserving? 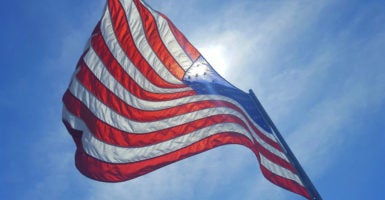 Though politically allied since the 20th century, conservatives and libertarians retain fundamental differences at the root of their worldviews. (Photo: iStock Photos)

That conservatives and libertarians could set aside their profound philosophical differences to join forces is a testimony to the seriousness of the communist threat in the post-war era.

That they remain allied nearly three decades after the fall of the Soviet Union is a testimony to communism’s continuing grip on the conservative imagination—and to the immense influence that libertarianism has had on American conservatism.

Indeed, it is only a slight exaggeration to say that mainstream American conservatism today looks at politics primarily through a libertarian lens.

There is a pronounced tendency on the right to reduce politics to a zero-sum contest for liberty between the individual and the state. Conservatives may still live like Tocquevillians, but they tend to speak like Randians.

American conservatism has not, however, been wholly subsumed by libertarianism. Marked differences remain on important questions, from immigration, to foreign policy, drugs, and marriage.

These in turn spring from more fundamental disagreements about the nature of man and the political community.

In “Selfish Libertarians and Socialist Conservatives?”, Nathan Schlueter and Nikolai Wenzel reopen the libertarian-conservative debate. Schlueter, who teaches philosophy and religion at Hillsdale College, makes the case for conservatism, while Wenzel, a research fellow at the University of Paris Law School, defends libertarianism.

Each presents his theoretical position, criticizes the other’s, and then applies it to the issues of immigration, education, and marriage.

The challenge for each author is not so much to convince the other that he is right—Schlueter and Wenzel remain committed to their respective worldviews—but rather to address the particular problems confronting conservatism and libertarianism.

Read the full article in the Claremont Review of Books.