5 Reasons H.R. McMaster Is the Right Leader for a Tough President 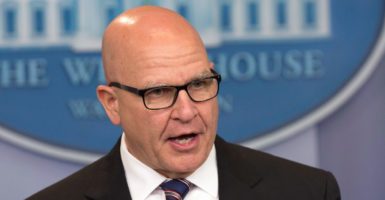 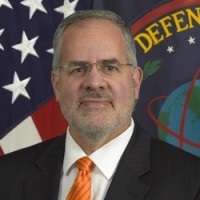 For months, there have been reports of strong disagreements in the White House.

There’s nothing wrong with that. In our view, that’s often the best way tough decisions get made.

McMaster is someone who can make the tough calls. He is the right leader for a tough, determined president who only wants the best for the American people.

Here are five reasons why we think the president is already on the right track with his team.

1. When the going gets tough, the tough get going.

What’s wrong with demanding winning policies and not accepting anything less? Grit and resolve were elements of character that used to be admired in Washington.

The recently released film “Dunkirk” resonated with many Americans for a reason. It’s not just fine filmmaking. It is a reflection of what we see in ourselves—the strength and resilience to persevere.

McMaster gets that. Throughout his career, he has worked for leaders who demanded more—and he delivered. He will do so for this president.

2. Politics end at the water’s edge.

If anything has plagued the White House’s national security and foreign policy decision-making over the past eight years, it’s that tough decisions got filtered through a political lens that put politics before the needs of the nation.

In the toughest times, the toughest presidents—Franklin Delano Roosevelt, Harry Truman, Ronald Reagan—never did that.

Likewise, the instincts of President Donald Trump’s team are to put the nation’s needs ahead of politics. Such instincts are the glue that helps hold this National Security Council staff together.

McMaster shares their instincts, and that is how he leads his staff.

America is at war with al-Qaeda, its affiliates, and the Islamic State, also known as ISIS. It faces daunting challenges from Russia, Iran, North Korea, China, and transnational criminal networks.

It’s time to settle on a team and get on with the business of winning. Now is not the time to make big changes in the national security and foreign policy team.

When it comes to national security, Trump’s Cabinet officials—as well as his vice president, chief of staff, director of national intelligence, CIA director, new FBI director, and senior officials at the National Security Council—all share a core of character, competence, and the capacity for critical thinking and decision-making.

These are the essence of strategic leadership. They are the building blocks of a great team of leaders. No one exemplifies those traits more than McMaster.

5. Leadership is a team sport.

What makes a foreign policy and national security team great is the capacity to work together in trust and confidence—regardless of the degree of difficulty or disagreements. McMaster is a team builder, not a divider or splitter.

The finest steel comes from the hottest fire. The president and his team have an opportunity to prove this axiom is as valid as ever.

The White House needs to deliver a solid, actionable plan in Afghanistan that leaves no quarter for ISIS and al-Qaeda; that shows Russia, Iran, Pakistan, India, and the Taliban that we are winners, not quitters; and honors the sacrifices made by our military after 9/11.

We need a team that will consistently show resolve in the face of Russian aggression, patience and determination in the Middle East, support for allies in Europe and Latin America, and staying power in Asia.

In these tasks, the president will find no more a selfless servant than McMaster.