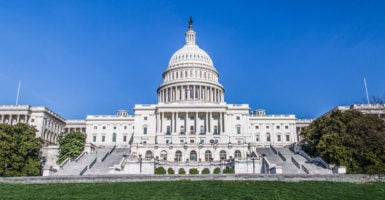 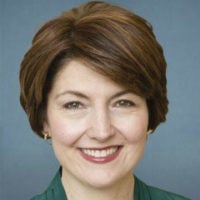 Cathy McMorris Rodgers is the U.S. representative for Washington's 5th congressional district. She serves as chair of the House Republican Conference.

Did you know that the House of Representatives has passed more than 269 bills this year?

You won’t hear that story told when you turn on the TV. For example, the same day the House passed a bill to overhaul Dodd-Frank and end big bank bailouts was the same day former FBI Director James Comey testified in front of the Senate.

Guess which got more media coverage?

With the media attention on the latest countdown clock or palace intrigue story, the real stories about the House’s efforts go untold. Despite the distractions, the House is advancing solutions that put the priorities of the American people first.

Here are five key areas where we’ve made an impact:

Whether it’s increasing access to good-paying jobs, affordable energy, or your choice of schools, House Republicans are focused on solutions that improve your life. Together with the Senate and President Donald Trump, we’ve passed 14 bills into law to repeal the burdensome Obama-era regulations and limit the size of government.

According to American Action Forum, Congress and the administration have repealed approximately $4.1 billion in regulations worth 44.9 million hours of paperwork.

One especially harmful Obama-era bill, known as Dodd-Frank, has made banking more expensive and causes one community bank to close per day.

As part of our commitment to create jobs and strengthen working families, the House passed sweeping legislation, called the Financial CHOICE Act, to overhaul Dodd-Frank and end taxpayer bailouts of Wall Street.

Putting Main Street ahead of Wall Street is always the right decision, which is why House Republicans also passed legislation to strengthen career and technical education. Our bills help connect working families to good-paying jobs and incentivize employers to work with state and local hiring agencies.

House Republicans promised to repeal and replace Obamacare, and on May 4, we passed a bill to do just that. Our legislation would repeal Obamacare and replace it with a system that protects people with pre-existing conditions, bring down costs, and expand choices for families.

While the Senate works through the legislative process, House Republicans remain committed to fixing our broken health care system. These steps, along with more to come, help restore the freedom Americans deserve over their health care.

It is the fundamental role of the federal government to keep Americans safe, which is why the House passed the National Defense Authorization Act to modernize our military equipment, enhance our military’s readiness, and provide a much-deserved pay raise to our troops.

House Republicans also took a stand against hostile regimes threatening us and our allies, and passed sanctions on Iran, Russia, and North Korea for their aggressive actions. The sanctions bill quickly passed the Senate and was signed by the president.

Our efforts didn’t just focus on international actions. House Republicans cracked down on violent and illegal criminals here in the U.S., and passed multiple bills to put an end to human trafficking and to ensure enforcement of our immigration laws.

We also added more resources to fight the opioid epidemic, because public safety starts with taking care of our own.

5. Taking Care of Our Heroes

As a grateful nation, the way we show our gratitude to those who have served is by ensuring our veterans get the care they deserve. Unfortunately, over the years the Department of Veterans Affairs has lost sight of its mission to put our veterans first.

Working with the new secretary of the VA, the House passed dozens of bills to reform the VA and make it easier for veterans to receive the benefits they earned.

The Department of Veterans Affairs Accountability and Whistleblower Protection Act of 2017 was an especially big win for our veterans. The legislation empowers the secretary of veterans affairs to fire, demote, or suspend poorly performing VA employees.

We were proud to see this legislation pass the Senate and get signed into law by the president.

In September, the House will move forward with our bold plan for tax reform to create jobs and grow our economy.

The next time someone says Congress is doing nothing, direct them to didyouknow.gop to see how the House is moving forward on solutions that work for you, your family, and your wallet.

Despite all of the distractions, countdown clocks, and media hysteria, we are laser-focused on the issues Americans care about.