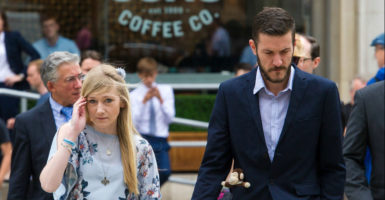 Parents of Charlie Gard, Connie Yates and Chris Gard, arrive at the High Court in London for a hearing in the case of their severely ill child. (Photo: Ben Stevens/Zuma Press/Newscom) 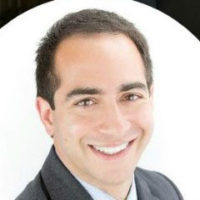 William Estrada is a husband, dad, lawyer, and the president of ParentalRights.org and the Parental Rights Foundation, two nationwide nonprofits headquartered in Loudoun County, Va., that have advocated at the local, state, and federal level for more than 15 years to protect children by empowering parents.

The heartbreaking story of British infant Charlie Gard has transfixed me.

Five years ago, my wife almost lost her life during pregnancy complications. Our first son was born early, weighing just 2 pounds. We went through many scary times during the six weeks he was in the NICU. God was merciful to us.

Today, Dominic is a healthy, happy boy. During the entire time, there was never any doubt that my wife and I were making the decisions on how to care for and protect our son.

This is why Charlie and his parents’ ordeal has hit me so hard. I cannot imagine what it would be like to be told that a faceless bureaucrat would decide if our son lived or died. But that is what happened in England to Charlie’s parents.

How did the United Kingdom, a Western nation dedicated to the rule of law, with a history and tradition like our own, get to such a place where loving moms and dads are forced by unelected judges and government bureaucrats to sit by, hopeless and powerless, as their beloved baby dies before their eyes?

I believe the British government bears responsibility for surrendering far too much power to the United Nations years ago.

In 1989, U.N. bureaucrats finished a multilateral treaty called the U.N. Convention on the Rights of the Child. The U.N. and globalists like Hillary Clinton claimed that it would protect children.

But the reality is that this convention diminishes the role of parents in the care of their own children and leaves them at the mercy of the state.

The central provision of the Convention on the Rights of the Child is found in the seemingly innocuous language of Article 3:

In all actions concerning children … the best interests of the child shall be a primary consideration. States Parties undertake to ensure the child such protection and care as is necessary for his or her well-being, taking into account the rights and duties of his or her parents …

The critical language in Article 3 is in the definition of the relationship between the state and the parents.

Rather than defaulting to parents as the ultimate authority in a child’s life, the convention puts the state squarely in charge and only requires it to take into account the parents’ rights.

The U.K. and 195 other countries have ratified the Convention on the Rights of the Child and are bound by its terms. The United States has wisely chosen not to become a party to the convention, although it became a signatory during the Clinton administration.

Because the convention has never been ratified by the Senate, it has no legal authority in our nation under Article II, Section 2, and Article VI of the Constitution.

The United States should never become party to a treaty that defaults to state actors instead of parents to determine the best interests of a child.

When Charlie’s parents lost before the highest court in the U.K., they appealed to the European Court of Human Rights. On June 27, that court ruled against them, in a decision that cited Article 3 of the Convention on the Rights of the Child.

This was the “correct” decision, according to U.K. law professor Sir Ian McColl Kennedy:

Our nation’s history and jurisprudence stand in stark contrast to this callous death-knell to parental rights.

In the 1925 case of Pierce v. Society of Sisters, the Supreme Court unanimously struck down an Oregon law forcing parents to send their children to public schools, saying:

The fundamental theory of liberty upon which all governments in this Union repose excludes any general power of the state to standardize its children by forcing them to accept instruction from public teachers only. The child is not the mere creature of the state; those who nurture him and direct his destiny have the right, coupled with the high duty, to recognize and prepare him for additional obligations.

In the 1972 case of Wisconsin v. Yoder, the Supreme Court reaffirmed Pierce and the earlier case of Meyer v. Nebraska, proclaiming:

These three cases—Pierce v. Society of Sisters, Meyer v. Nebraska, and Wisconsin v. Yoder—are the law of the land in our nation.

They stand firm against the incredible hubris of the U.N. Convention on the Rights of the Child and international courts that hold that states, not parents, should have the final say in how a child should be raised, cared for, or ultimately whether a child should be allowed to live.

We cannot rest on our laurels. The Senate narrowly rejected another U.N. treaty with similar dangers to parental rights and family freedom in 2012.

Numerous legal experts continue to warn about the threat of international law not only to parental rights, but to our entire concept of self-government.

And as long as the convention remains signed by a previous administration, there is always the danger that a future globalist president will send it to the Senate for ratification.

It may be too late to save Charlie. But we can ensure that no parents on these shores suffer the same horror as Charlie’s parents did.

They wanted to care for their baby as they thought best, but because of a government bureaucracy and global treaty, their wishes were “taken into account,” but not honored.

The Trump administration should rescind the Clinton administration’s signature on the U.N. Convention on the Rights of the Child, and reject once and for all the U.N.’s attempt to elevate the prerogative of the state over the rights of parents.