How Radical Feminism Sowed the Seeds of Our Transgender Moment 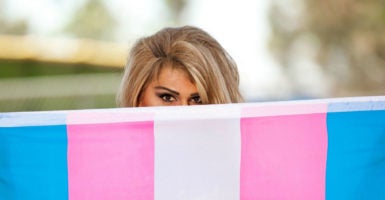 Early radical feminists argued that there is no such thing as innate gender from birth—a core argument now pushed by the transgender movement. (Photo: iStock Photos)

Today’s transgender movement is the latest effort to overturn what are in fact true assumptions about human life.

My recent report, “Sex, Gender, and the Origin of the Culture Wars,” reveals the intellectual roots of today’s transgender movement so that citizens can defend common sense against the corruptions that this movement generates.

Transgenderism literally means “beyond gender.” It reflects the belief that society arbitrarily and unjustly “structures” gender, dividing people arbitrarily into men or women and presenting to all an acceptable way to behave.

The transgendered resolve to overcome society’s structures, pointing the way to a new society where individuals make or follow their own “gender.” Society, in turn, must become “post-structural” and affirm whatever new identity individuals construct for themselves.

The Feminist Origins of Transgenderism

The transgender movement originates in the radical feminist project begun after World War II. The founding mother of radical feminism is French thinker Simone de Beauvoir, whose book, “The Second Sex,” was published in America in 1953.

Beauvoir begins her book by asking, “What is a woman?” Her answer sets the stage for subsequent feminist thought: “One is not born, but rather becomes, a woman.” Society makes or constructs a woman’s identity, not nature or God.

That socially constructed identity would eventually be called “gender.” If society would just stop pigeonholing girls into artificial feminine roles, second-wave feminists argue, they would no longer act as if they were “the second sex” and subordinate to men.

Sex, one’s biology and the closely linked psychological traits, should not shape one’s identity, according to these feminists. Sex or “biology is not destiny,” they say. Women must emancipate themselves from all limits presented by biology or society.

Transgenderism is a branch with feminist roots. It seeks to undermine the “traditional socialization” of boys into men and girls into women because it denies the biological basis of manhood and womanhood.

But it was radical feminist Judith Butler who first established the formal link between transgenderism and feminism.

Long an advocate for “transgressing” what society conceives of as reality, Butler began defending drag and cross-dressing. Later she turned her attention to the varied possibilities in transgender lifestyles, which, she believes, would undo the predominant ideas of gender.

Bulter was impressed by how “queers” “struggle to rework the norms” and posit “a different future for the norm itself.”

Exposure to strange new performances “make us not only question what is real and what ‘must’ be,” she said, “but they also show us how the norms that govern contemporary notions of reality can be questioned and how new modes of reality can become instituted.”

People who identify as transgender do not only wish to be tolerated. The public must come to affirm these gender performances as admirable, healthy, and authentic.

According to this view, a person’s identity is never fully real until it is endorsed by the public authorities and recognized as such by one’s fellow citizens.

Thus the need, as many news stories attest to, for schools to adapt their curriculum or change their bathroom policies to affirm transgender identities.

To be sure, no feminist had transgenderism in mind during the founding of the movement. But therein lies the irony—the radical feminist logic laid down by Beauvoir now finds its latest fulfillment in the transgender movement of 2017.