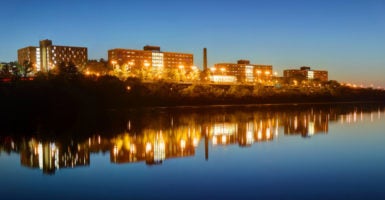 Top public universities pay administrators with jobs related to diversity initiatives an average of  $175,088 per year, substantially more than other professors and faculty members, according to a Campus Reform investigation.

A sheet compiling the salaries of the top diversity administrators at 43 of America’s top public universities shows that virtually all are paid at least $100,000, with some going well beyond $300,000.

A 2016 report by the American Association of University Professors found that the average professor salary across ranks was $79,424.

In one example, an administrator at Rutgers University named Jorge Schement, vice chancellor of the Office of Diversity and Inclusion, made $253,262 in 2016, while most faculty at Rutgers in 2015 made less than $50,000 a year.

The same 2015 review found that the median salary of tenured professors at Rutgers was $121,467, which makes for more than a $100,000 difference between the average Rutgers professor and the vice chancellor of the Office of Diversity and Inclusion.

Some have suggested that giving diversity initiative administrators high salaries is ineffective.

“It is crucial for boards and leaders to ask whether spending on new administrative salaries will serve the genuine needs of students or just fulfill the wishes of certain administrators,” Michael Poliakoff, president of the American Council of Trustees and Alumni, told Campus Reform.

Andrea Vacchiano is a reporter for The Daily Caller News Foundation.