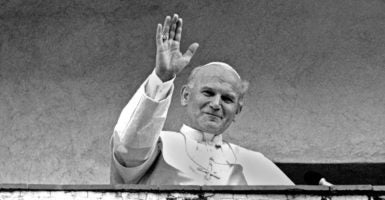 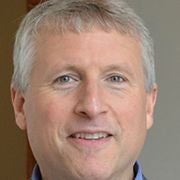 On May 16, 1985, President Ronald Reagan met with CIA Director William J. Casey in the Oval Office.

What did Reagan and Casey talk about? The official record doesn’t tell us.

I dug into all available materials at the Reagan Library and filed Freedom of Information Act requests for the release of records for April and May 1985—phone call transcripts, logs of phone calls made and received, letters, correspondence, memos between Reagan and Casey, and memos between Casey and other members of the Reagan administration.

I also requested, for those same two months, the release of any documents by the CIA, the National Security Council, and other groups of interest.

Nothing refers to the content of the Reagan-Casey conversation on May 16.

Reagan did mention the meeting in his private diary. In his entry for that day he wrote that “Bill Casey came in” to discuss a Washington Post story on the March car bombing in Beirut that killed more than 80 people.

But as published in “The Reagan Diaries,” the entry ends with a bracketed ellipsis (“[?.?.?.?]”), which reflects an omission in the cleared and approved published account. In other words, here we run into another redaction.

The editor of “The Reagan Diaries,” the historian Douglas Brinkley, writes in his introduction, “The National Security Council read all five diary volumes and redacted only about six pages of material for national security reasons.”

So Reagan’s account of this May 16, 1985, meeting with the CIA director appears to be one of the exceedingly rare instances when the National Security Council held back material “for national security reasons.”

What was happening at this time that could be so sensitive?

By May 1985, investigators looking into the shooting of Pope John Paul II were tightening the noose around the Bulgarian communist regime and Moscow (to whom the Bulgarians were dutiful stooges, as was well known in the international intelligence community). Claire Sterling and other journalists had already cast suspicion on the communists with their investigative reporting.

Italian prosecutors, meanwhile, had been painstakingly assembling a case. In November 1982 the Italians had arrested the Bulgarian Sergei Antonov, former station chief of the Balkan Air office in Rome, in connection with the assassination attempt.

Now, in the spring of 1985, Antonov and other accused conspirators were about to go on trial.

And the Soviets were coming unhinged. According to the Soviet propaganda sheet Izvestia, Western forces were carefully orchestrating “a conspiracy to conceal a conspiracy.”

This was “the crudest sort of provocation,” Moscow said, intended to “conceal the real culprits and organizers of the terrorist act against the Pope, divert suspicion from them, delude public opinion and keep the true criminals from being exposed and punished.”

And who were the true criminals? They were the “agents” of “international imperialism,” who resided within Washington’s Beltway.

Despite the accusations coming from Moscow, Casey didn’t meet with Reagan on May 16 to discuss a CIA cover-up of U.S. involvement in the pope’s shooting.

No, the truth was that Casey had undertaken his own, secret investigation into the assassination attempt. He had taken an active interest in the case years earlier and was not satisfied with the approach that careerists within the CIA took to the investigation: They tended to dismiss out of hand any suggestion that the Soviet Bloc might have been involved.

The published reports by Sterling, a journalist he respected, had stirred the CIA director to investigate the assassination attempt further.

And now, in the spring of 1985, Casey was ready to report the findings to his president.

Rational observers have long suspected that the Soviets were behind the shooting of John Paul II. What has not been known—until this book—is that Reagan’s CIA director ordered this extremely sensitive CIA investigation or that the resulting report concluded that Moscow was in fact complicit in the plot to kill the pope.

Through a series of interviews with various sources over the past decade, combined with a thorough search of the documentary record (especially through Freedom of Information Act requests and archival research), I have pieced together how the CIA’s extraordinarily secret investigation came about and what it found.

>>> Purchase Paul Kengor’s book, “A Pope and a President: John Paul II, Ronald Reagan, and the Extraordinary Untold Story of the 20th Century”

One source with knowledge of the CIA report told me, “I’ve never, ever, in all my years, seen anything as secretive as that document.”

Speaking of those privileged few who had seen it, most of whom are now deceased, the source added jokingly, “This was so classified that they nearly shot the secretary who typed it.” Few reports, if any, have been so thoroughly kept from view.

The source added, “The document that I’m referring to answers the question [of who planned the shooting of the pope].”

And what was the answer? As one of the few people who ever saw the report put it to me, the findings can be summarized simply: “The Russians did it.”

The information was so explosive that the report and its dramatic conclusion have never been released or even acknowledged. To this day, it remains the most secret report of the Cold War.

Keep in mind the context: Tensions in the Cold War had never run higher. The Soviets had been on the advance in the 1970s, but now Reagan and his partner in the Vatican were standing up to the threat of Soviet communism.

The 1980s intensified fears of World War III between two nuclear-armed superpowers. Now imagine if news broke that the U.S. government had discovered a Soviet-orchestrated assassination attempt on the leader of the world’s largest religion, who was a voice for those suffering under Soviet communism.

“That report exists,” I have been assured. “If someone can find it, you’ve got the most explosive report of the 20th century.”

I have searched tirelessly for the report, examining numerous archives and pursuing many other avenues. I have not found the document, but I know its conclusion, based on eyewitness accounts that high-level sources gave me.

I hope my book, “A Pope and a President,” compels action that leads to the release of the report. The evidence is clear: The Soviet GRU ordered the attempted assassination of Pope John Paul II.

It’s finally time to declassify this report and any other documents related to the papal assassination attempt, so we can know precisely what happened in what has rightly been called the “crime of the century.”

This excerpt was taken from Paul Kengor’s book, “A Pope and a President: John Paul II, Ronald Reagan, and the Extraordinary Untold Story of the 20th Century” (Intercollegiate Studies Institute, 2017).