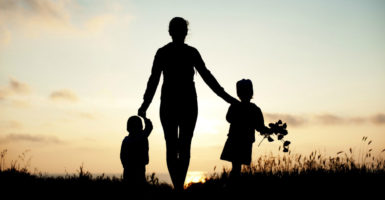 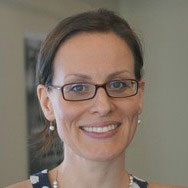 Andrea Mrozek is program director at Cardus Family. Cardus is a think tank dedicated to the renewal of North American social architecture.

Canada’s most populous province, Ontario, just passed a law that could allow the government to remove kids from their home if their parents oppose the new transgender ideology.

Could there be anything more terrifying for parents than that?

It’s not hard to see why the passage of Bill 89 captured the attention of so many across the globe.

But how did this bill—which is about foster care and adoption—get caught up in politically correct ideologies about “gender identity” and “gender expression” in the first place?

It didn’t come out of nowhere.

Ontario has passed five gender laws in the past five years, few of which received much media attention or even opposition in the legislature. Bill 89 is the latest in this litany of bad legislation.

It was back in 2012 “gender identity and gender expression” were added to Ontario’s Human Rights Code, making Ontario the first jurisdiction in North America to pass such a law.

With that initial snowball, the avalanche got rolling.

Facilitated by a majority government and a lame-duck opposition, the following bills sailed through to provincial law in Ontario:

All of this led to the Supporting Children, Youth and Families Act, which passed into law just over a week ago. It is still commonly called Bill 89.

Bill 89 is a child protection bill that aims to make changes to our foster care and adoption system across Ontario. It regulates the Children’s Aid Societies, which includes over 40 organizations across the province responsible for responding to child protection concerns.

The impetus for Bill 89 was, in part, the murder of a 7-year-old girl while in the care of her Children’s Aid Society-appointed guardians.

The new law makes a number of innocuous changes and even some positive ones to how children who are abused and/or abandoned will be treated.

Yet the controversy stems from the inclusion of language from the Ontario Human Rights Code into the new child welfare act. This takes us right back to 2012 when “gender identity and gender expression,” two nebulous terms, were added into the Human Rights Code.

Prior to Bill 89, social workers considered principles in a child protection case—principles like continuity of care, stable family relationships, and respecting cultural, religious, and regional differences.

The Human Rights Code is intended to be applied to commerce, not families—to employment, housing, and other services. But at the same time, the code also has protections for freedom of conscience and religion.

With Bill 89, Human Rights Code language moves into the private domain of the family, but without including specific protections for conscience and religion.

The most serious and immediate risk is not that children will be arbitrarily removed from a home by some kind of gender police, but rather that prospective foster or adoptive parents who disagree with new gender ideologies will be less likely to be chosen.

This decreases the pool of loving families who can foster children, doing those kids a disservice. While statistics are hard to come by, in some communities in Ontario, it’s estimated that half of all foster families are practicing Christians.

Parents need to be ever vigilant. The reality today across North America is that fashionable new trends are being pushed into law at a dizzying rate.

All of us need to be on the alert for seemingly small or inconsequential developments in language, policy, or law. Little words like “gender expression” can represent big ideology, and they are worth combatting wherever they crop up.

Five gender bills in five years makes Ontario’s story a cautionary tale for our friends and neighbors to the south.